This cluster uses the lenses of physics, sociology, and literary studies to critically and comparatively examine the ways we imagine and reimagine the worlds in which we live, from the cosmos to social structures and from cultural to personal experiences. It exposes students to the ways in which our social locations inform our world-views as well as our disciplinary perspectives and methodologies. We will probe western and Indigenous cosmologies, normative and alternative gender and sexuality structures, and imperial and decolonial racial systems. 360 participants will explore various ways knowledge can be decolonized in the academic context, including how knowledge development can be treated as an active and collaborative process.

Taught over the course of the academic year 2021-2022, students will enroll in Physics in the fall, and Literatures in English and Sociology in the spring. A film series, guest lectures, and star-gazing field trips will span the year, and a 10-day field study in Hawaiʻi is tentatively scheduled for March 3-12, 2022.  The cluster will learn on Hawaiʻi and Oʻahu islands, visiting the Thirty Meter Telescope on Mauna Kea, which is a sacred site for the Kānaka Maoli people of Hawaiʻi, and consider the tensions between Indigenous cultural sovereignty, scientific inquiry, US imperialism/militarization, and environmental protection.

PHYS 121/40X: Modern Physics
Physics has generally focused on understanding both the extremely tiny and the astronomically large. In ​the lecture portion of this course, we will investigate the fundamental interplay between phenomena that occur on these vastly different scales in order to build a picture of our place in the Universe. We will explore key theories in the fields of special relativity, general relativity, particle physics, nuclear physics, wave/particle duality, kinetic theory of gases, and optics. Using these concepts we will have the opportunity to discuss the nature of exotic objects such as black holes, neutron stars and supernova explosions. At the end of the semester, we will synthesize what we’ve learned in order to discover and understand the role of dark matter and dark energy, both of which drive the evolution of the Universe.

360 students will meet for an extra hour each week to discuss non-colonized perspectives, approaches, and modes of knowing the physical world with a particular emphasis on Indigenous approaches and ways of knowing. The discipline of Physics was primarily developed in adherence to the 18th century Western worldview, where binary thinking, paternalism, individualism and worship of the written word are central. Such views fundamentally exclude complex, holistic views. Pedagogically, the histories behind the development of the Physics canon will be woven throughout the course. These histories are particularly important since much of the content includes a compilation of the untold stories of women and people of color. This contextual material will inform discussion about how and why these stories were not told, thus validating the existence of women and BIPOC in the field and challenging narratives that counter that existence. Students will examine how scientific inquiry does not necessarily imply objective results, but rather can reflect the cultural assumptions of those conducting the research. By redefining the canonical story of scientific knowledge, we will also redefine our own identity and place in the Universe. Taught by Kate Daniel.

NOTE: Students who have previously completed PHYS 121 will enroll in PHYS 40X: Decolonizing Physics, which will be taught concurrently.

ENGL 277: Speculative Futures, Alternative Worlds
Just as colonization is an act of speculative fiction, imagining and violently imposing a different world, so too does decolonization rely on the power of imagination. This course, taught by Jennifer Harford Vargas, will explore how Latinx, Black, Indigenous, and Asian American cultural producers deploy speculative fiction to interrogate white supremacy and imperialism and to imagine decolonial futures. We will analyze representations of racism, settler colonialism, heteropatriarchy, environmental destruction, and anti-immigrant discrimination in works by writers, filmmakers, and artists such as Octavia Butler, Sabrina Vourvoulias, N.K. Jemison, Ken Liu, Alex Rivera, Edgardo Miranda-Rodriguez, as well as anthologies such as Walking the Clouds and Nets for Snaring the Sun. In doing so, we will probe the role that literature, film, and graphic narratives can play in decolonizing knowledge. Students will be also introduced to key theoretical concepts such as modernity/coloniality; ethnic futurisms (Afro-Futurism, Latinxfuturism, Indigenous Futurism, etc.); marvelous realism; survivance; and social death that will help them unpack the critical work accomplished by genre fiction and query the ways in which the aesthetic imagination can contribute to social justice.

SOCL 251: Queering Utopia
What if? This question is at the heart of both social theory and speculative fiction. Within the traditions of feminist theory, queer theory, Afro-futurism, and Indigenous Futurism, notions of
utopia and dystopia have been used to imagine alternative possibilities of gender/sexuality systems and decolonization. In this course we will explore the possibilities presented at the crossroads of Fourth World theory, settler colonial theory, Indigenous gender and sexuality scholarship, and intersectional theories. This course will explore the resistance to and refusal of settler colonialism and white supremacy through the lens of gender and sexuality to 1) uncover the processes of erasure that have upheld structures of gender and sexuality, 2) to link these processes to practices of imperialism, colonization, militarism, capitalism, and environmental devastation 3) to engage in the practice of recovering and reconnecting to alternative futures, 4) and connect these processes to resistant knowledge projects. Over the course of the semester, we will contemplate theoretical work by a range of scholars such as Patricia Hill Collins Linda Tuhiwai Smith, Leanne Simpson, Joanne Barker, José Estaban Muñoz, Linda Alcoff, Gloria Anzaldúa, Sara Ahmed, J. Kēhaulani Kaunaui. We will consider some of the implications of these theories through excerpts from the alternative media of speculative fiction by writers such as Ursula LeGuin, Samuel Delaney, and Grace Dillon. Taught by Piper Sledge. 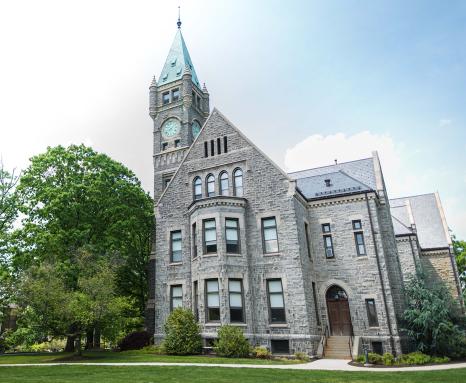