American Cartel: Inside the Battle to Bring Down the Opioid Industry by Sari Horwitz ’79 and Scott Higham is an investigation and exposé of how some of the nation’s largest corporations created and fueled the opioid crisis. The book follows a small band of DEA agents led by Joseph Rannazzisi, a New Yorker who had spent 30 years bringing down bad guys; along with a band of lawyers who fought to hold the drug industry to account in the face of the worst man-made drug epidemic in American history. (Hachette Book Group, 2022) 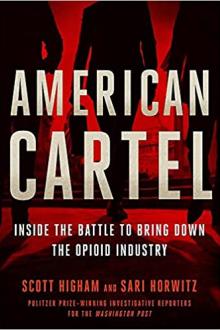