She and her colleagues won a Mid-Atlantic Regional Emmy.

“Did I want to study English or French or film? Why not all?," says Astrid Rodrigues ’06. "I felt the freedom to learn things I was curious about. And if I didn’t find it at Bryn Mawr, I could create it.”

A double major in French and English, she interned at WHYY in her senior year and, after graduating, landed a job in New York at ABC News. There, she worked on World News Now, 20/20, Primetime, and others.

In 2013, she took a break from ABC and brought her media skills to Google Advocacy Project’s anti-slavery campaign in India with International Justice Mission. Back home, she returned to ABC, but Philadelphia beckoned. Today, Rodrigues is a digital producer at The Philadelphia Inquirer.

And in 2019, she and her colleagues won a Mid-Atlantic Regional Emmy for their documentary Italian Market: Love on 9th Street, which tells the love story of two merchants who met in the market 35 years ago. Italian Market won in the Feature News-Light Feature category. In the 190-year history of The Inquirer, this was its first Emmy. 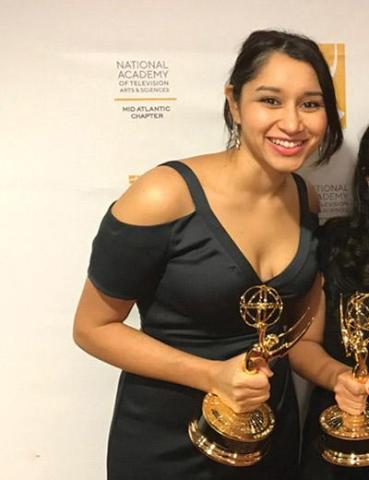