At nearly 84 years old, it’s hard to remember. I know I didn’t want to be a teacher, which is exactly what I spent my career doing.

My Bryn Mawr roots run deep: my grandmother, mother, aunt, and cousin all attended. My father was a high school teacher with four children to support, so a Bryn Mawr scholarship made it possible.

I began my career as a geologist for the U.S. Geological Survey, but they had a habit of keeping women out of the field because, as one chief put it, they didn’t want the appearance of “hanky panky.” In the meantime, I had become very active in the civil rights movement and developed an interest in law, so I started law school at night in Washington, D.C., then transferred to Yale full time. Of course, I faced discrimination here, too. My roommate and I collected quotes from our job interviews: “We tried a woman once, but it didn't work out,” “We might consider hiring you for our estates department where the clients are dead,” and, “I’m not wasting my summer job on a woman.” I faced a lot of that through the years, but the persistence I learned at Bryn Mawr helped me to be strong enough to break through those barriers.

Bryn Mawr showed me I had brains and credibility. It’s a confidence I might not have had if I’d gone to another school. I arrived a shy, fearful 16-year-old and left a still somewhat shy but much stronger woman.

How Do You Defy Expectation?

I enjoyed a pretty interesting law career even though it launched at a time when women weren’t welcome in the field. In addition to my work as a law school dean, I was the first tenured female faculty member at Duke University School of Law, first woman executive director of the Association of American Law Schools, a White House Fellow and Special Assistant to U.N. Ambassador Arthur Goldberg, director of education studies at the Urban Institute, and was appointed by President Carter as the first general counsel of the newly established Education Department.

I’m now defying expectation in a whole new way: my fight with lung cancer. I was diagnosed in 2015 and told treatment would only slow the disease by another nine months. But here I am, five years later—a miracle, according to my doctor. I’m doing well, spending my time with friends and family, and taking long hikes. In May 2019, I walked the whole coastline of Manhattan. It took me more than 10 hours, and I ruined my knees, but I did it. Hiking 32 miles at age 83 with stage-four lung cancer is certainly defying expectation! Next up: a hike through the Doc Martin/Poldark lands of Cornwall, England, with friends. 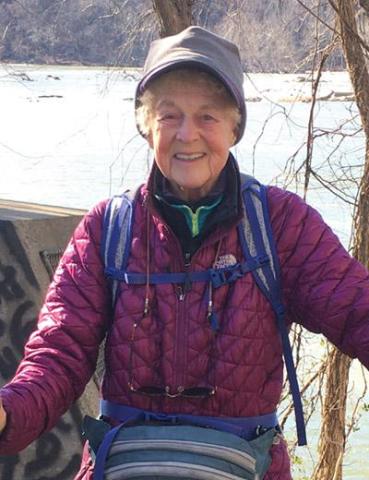