For Neda Ulaby ’93, a funny thing happened on the way to the Ivory Tower.

That led to another assignment, and another assignment, which led to an internship and then a job. “By the time I got to grad school,” she says, “I had been ruined! I learned that I could spend my time writing one paper for months that one person would read, and I wouldn’t get paid. Or I could spend a few hours writing an article that millions of people would read, and I would get paid.”

So while studying in the University of Chicago’s Ph.D. program, she freelanced as a journalist. She started as a film critic and then worked as a features editor and eventually managing editor for Chicago’s Windy City Times. “It took me seven years to figure out that reporting was much more suited to someone with my sort of instant gratification bent than academia was,” she says.

In 2000, National Public Radio came calling and recruited Ulaby for its Next Generation Radio program, and, from there, she landed a temporary gig as an editorial assistant and producer on NPR’s culture desk. Two years later, she was promoted to the arts desk, where she has become a familiar voice reporting on arts writ large—arts and entertainment, to be sure, but also larger cultural trends.

“There really is no typical day on the arts desk,” she says. “Just last week I was working on a story about the first Smithsonian art exhibition that’s dedicated to Native American women artists, and I was asked to put that aside momentarily so I could work on a piece about how we tell stories about pandemics in literature and film.”

At times of crisis, she might get pulled off her beat altogether. “I’m an arts reporter, but I work for an organization that values reporting,” she says. “I’ve been pulled into service on disasters, shootings, all number of tragedies. I’ve talked to people who have lost people they cared about and earthquakes in Haiti. I spent a few months in New Orleans after Katrina talking to people whose lives were washed out from underneath them, who lost everything. ... I’ve spent quite a lot of time talking to people who have suffered extraordinary loss.”

Whatever the story, Ulaby loves the process that she describes as “learning about something, absorbing a lot of information really, really quickly, and then telling the story of what I’ve learned in a way that hopefully connects with people who know a lot about the subject, people who don’t know anything about the subject or had no interest in it.” 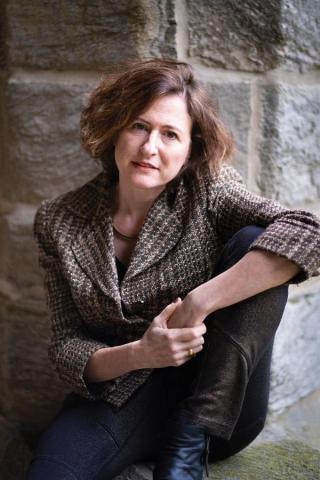