After being forced out of Bryn Mawr, Jessie Redmon Fauset helped shape the Harlem Renaissance.

In 1901, Jessie Redmon Fauset earned a spot at Bryn Mawr as the beneficiary of an agreement with the College to accept the valedictorian of Philadelphia High School for Girls. But when Fauset, who was African-American, arrived, President M. Carey Thomas shipped her off to Cornell University. This part of the story has been told in the Bulletin (Summer 2015). What hasn’t been told in these pages is what Fauset went on to accomplish.

On the academic front, she graduated from Cornell with Phi Beta Kappa honors; studied at the Sorbonne; earned her master’s degree in French from the University of Pennsylvania; and taught French and Latin, first in Baltimore and then in Washington, D.C.

But Fauset made her most important mark on the literary stage. While teaching, she began contributing to The Crisis, the official magazine of the NAACP. In 1919, its founding editor, W. E. B. Du Bois, invited her to join the staff as its literary editor.

A major figure of the Harlem Renaissance, Fauset launched some of its most notable writers. She was the first person to publish Langston Hughes, whose first poem appeared in The Crisis in 1921. She fostered the careers of Countee Cullen, Jean Toomer, Gwendolyn Bennett, Claude McKay, Nella Larsen, Arna Bontemps, and others. Hughes would later describe Fauset as one of the people who midwifed the literature of the Harlem Renaissance into being.

A prolific writer in her own right, Fauset produced poems, stories, translations from the French of work by Black authors from Europe and Africa, editorials, essays, and a novella—just for The Crisis. Between 1924 and 1933, she published four novels. Reviewing her first, There Is Confusion, Alain Locke called it the book that the African-American “intelligentsia has been clamoring for.” Her second, Plum Bun, which features a Black student passing for white, was the most widely recognized of her books, with reviews in the New Republic, the New York Times, and Saturday Review. Like her first novels, The Chinaberry Tree and Comedy: American Style are tales of middle-class respectability and its challenges. The former is the story of a woman seeking to overcome her heritage by marrying up, and the latter explores the color hierarchy within the Black community.

With or without Bryn Mawr, Jessie Fauset was clearly bound for success. One thing is certain, Bryn Mawr could have claimed yet another distinguished alumna, but racism got in the way. 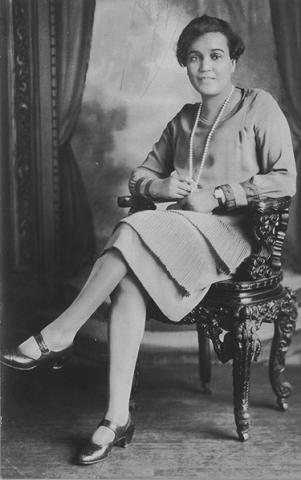 In Her Own Words

“I am colored and wish to be known as colored, but sometimes I have felt that my growth as a writer has been hampered in my own country. And so—but only temporarily—I have fled from it.” (Paris Tribune, 1923)

“There are some things which an individual might want, but which he’d just have to give up forever for the sake of the more important whole.” (Plum Bun, 1928)

“Aviation is poetry. … It’s the finest kind of moving around, you know, just as poetry is the finest way of using words.” (Comedy: American Style, 1933)

“To be a colored man in America … and enjoy it, you must be greatly daring, greatly stolid, greatly humorous and greatly sensitive. And at all times a philosopher.” (Comedy: American Style)