The Complexities of Camping

The book traces the history of camping in America.

This spring, Phoebe Young ’92, an environmental and cultural historian at U/CO-Boulder, published Camping Grounds: Public Nature in American Life from the Civil War to the Occupy Movement (Oxford University Press, 2021). The book traces the history of camping in America, linking the familiar recreational pastime to camps for functional needs and political purposes.

How did the idea for the book come about?

“You say camping, and an image automatically pops to mind of the campsite with a picnic table and a fire ring in some beautiful spot that you pay the federal government $10 to camp in overnight. My question was, how did we get there? Originally the book focused on the recreational aspect.”

“Yes, it changed significantly over time in response to current events—the one-two punch of the Great Recession and then the Occupy movement. People would ask me, ‘Can you talk about unsheltered people and what tents meant as people were riding out their foreclosures in the recession?’ Or, ‘What does camping mean as part of political protests?’ So, I homed in on the relationship between all of these versions of camping.”

Where does the story of camping begin in your book?

“In the 19th century, camping was what you did if you found yourself between towns without lodging. You could basically assume that it was okay to camp anywhere as long as you asked permission. In the post-Civil War moment, this activity acquired a very specific meaning with ideas about which kinds of camping were acceptable and which kinds were newly suspicious. In a way, the federal government coming in and supporting camping, building all that infrastructure for camping in some spaces, made it less possible to camp elsewhere.”

How does protest camping fit in?

“One of the things that was interesting about Occupy was that so many people reacted to it as if they’d never seen anything like it under the sun. But if you look back, there’s a history of encamped protests going back to the 19th century. In the 1870s, Civil War veterans were camping out in different cities, partly as reunion but also as a claim on the nation, saying, ‘We’re Union veterans; we won the war. The government owes us a pension.’ There’s another big spate in the 1960s and ’70s. In 1968 in Washington, D.C., right after Martin Luther King Jr. was assassinated, there was a march and encampment  by the Poor People’s Campaign. The idea was to stay and keep beating the drum until people listened to them.” 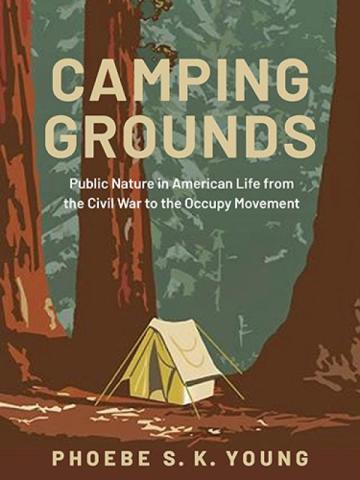