A Mawrter-made podcast excavates the human past.

They met working in Rhoads Dining Hall and discovered that they shared a dorm (Brecon) and a fascination with archaeology and classics. They ended up in several classes together and, after graduating, both headed to graduate programs—but on opposite coasts.

And although graduate school—Boston University and Berkeley, respectively—separated them, Anna Goldfield ’08 and Amber Zambelli ’09 are reunited now as hosts of a podcast they describe as featuring “exciting stories all about the weird, amazing, mysterious, and fascinating human past.”

Called The Dirt, the podcast draws on a shared curiosity about archaeology and anthropology and came about when the friends were both in what Goldfield calls “a temporary state of lots of skills, no job.” They joked about the idea of starting a podcast.

The joke took hold, and after a lot of planning and Googling and Skyping, the pair launched their first episodes in July 2018. Their topics are inspired by news articles, Twitter, and whatever catches their interest. “We want to make anthropology/archaeology/science engaging and accessible to our listeners, no matter their academic background or age,” says Zambelli.

“We want listeners to realize that we all share a past as humans,” Goldfield adds. “We want all the fun, weird, fascinating, tragic, and meaningful stories that archaeology and anthropology can uncover to be available to anyone who wants to learn about them with us.”

The response has been enthusiastic. “It’s mind-blowing to know that hundreds— thousands!—of people listen to and like this thing we create and put out on the internet,” says Zambelli.

As for their favorites, Goldfield says, “There really hasn’t been an episode I haven’t enjoyed.” But she will cop to a particular fondness for Ur Never Going to Believe This, with its exploration of Mesopotamian music. For her part, Zambelli points to a 2018 Spooktober special on “some very eerie burials at a site in the U.K. called Cladh Hallan.”

To listen to those episodes, and more, visit thedirtpod.com.

UR Never Going to Believe This (Episode #40) 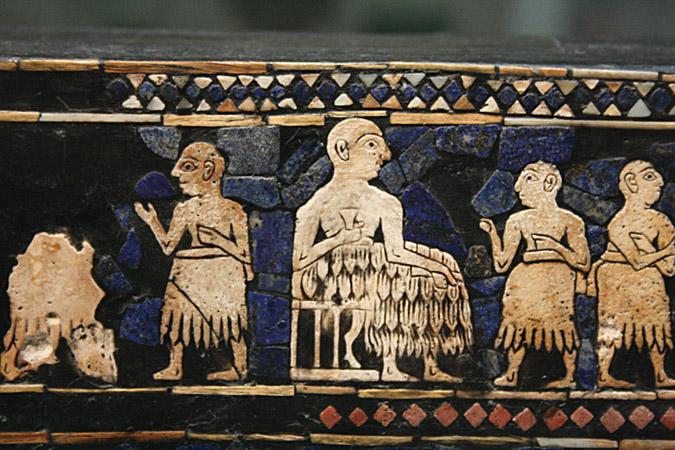 Zambelli and Goldfield trade off narration duties in this episode as they tell the story of Ur, the ancient Mesopotamian site excavated by British archaeologist Leonard Woolley from 1922 to 1934.

In the royal tombs there, Woolley discovered a staggering amount of grave goods: a small, lavishly mosaicked box that he dubbed the Standard of Ur (Goldfield and Zambelli think it’s more likely a soundbox); the gold, lapis, and carnelian headdress of Queen Puabi; rings and necklace beads; golden tableware; and 11 musical instruments— specifically two harps and nine lyres.

Overlaid in precious metals and stones, the wood from which these instruments had been fashioned had deteriorated, but the carapace enabled Woolley to make casts. Still, individual pieces had become so intermingled that it took decades for researchers to untangle them.

At the same time, cuneiformists have been working with musicologists to decipher a small number of tablets related to the tuning and playing of the instruments. As Goldfield points out, “Music students, even 5,000 years ago, had to practice their scales.”

Between the instruments and the tablets, researchers have learned a lot about Mesopotamian music. “The instruments from Ur have enough strings—several have 11, one has 13—for tuning intervals of fourths and fifths and to accommodate an octave,” says Goldfield.

People have crafted playable reconstructions of the Ur instrument, and they produce “a lovely, rich sound,” she says. “The largest lyre, having the longest strings, sounds like a bass viol, lower than a cello. The medium-sized silver lyre has a sound reminiscent of a cello, and Puabi’s harp sounds like a small guitar.” 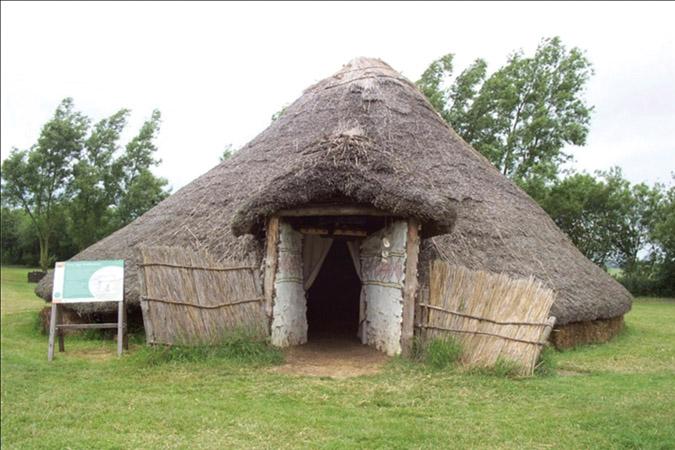 In this episode, Goldfield sets the stage with a snapshot of life in Bronze Age Britain, and Zambelli picks up the thread with tales of the ancient settlement of Cladh Hallan, on South Uist Island in the Outer Hebrides. Between 1988 and 2002, archaeologists excavated three roundhouses there and, under the floor of each, found skeletal remains of, in order, a three-month-old, a teenager (probably female), and two adults (male and female).

At that last house, “it gets bonkers,” Zambelli says.

First, the remains had been mummified—and intentionally so. Testing showed that decomposition had stopped abruptly as though the bodies had been immersed in an acidic environment and that bone had begun to demineralize, again as if put into something acidic.

Second—and even more bonkers—both adult skeletons were constructed from a total of six individuals who hadn’t necessarily died at the same time. For the male mummy, Zambelli says, “The head and jaw were about 300 years old by the time they were buried, and the body belonged to a man who had died 500 years before that.”

“In each case, someone died and was deposited in a peat bog with the explicit purpose of preserving them,” she explains. “Then they were fished back out and presumably set up in the roundhouse for a few centuries.”

As for the reasons the inhabitants of Cladh Hallan preserved these particular remains, archaeologists’ best guess is that they were engaged in ancestor worship. Or, as Zambelli puts it, “They had a need, and that need was to keep dead people around, and they met that need.”

Department of Classical and Near Eastern Archaeology