Elbow Grease … and a Bedside Manner 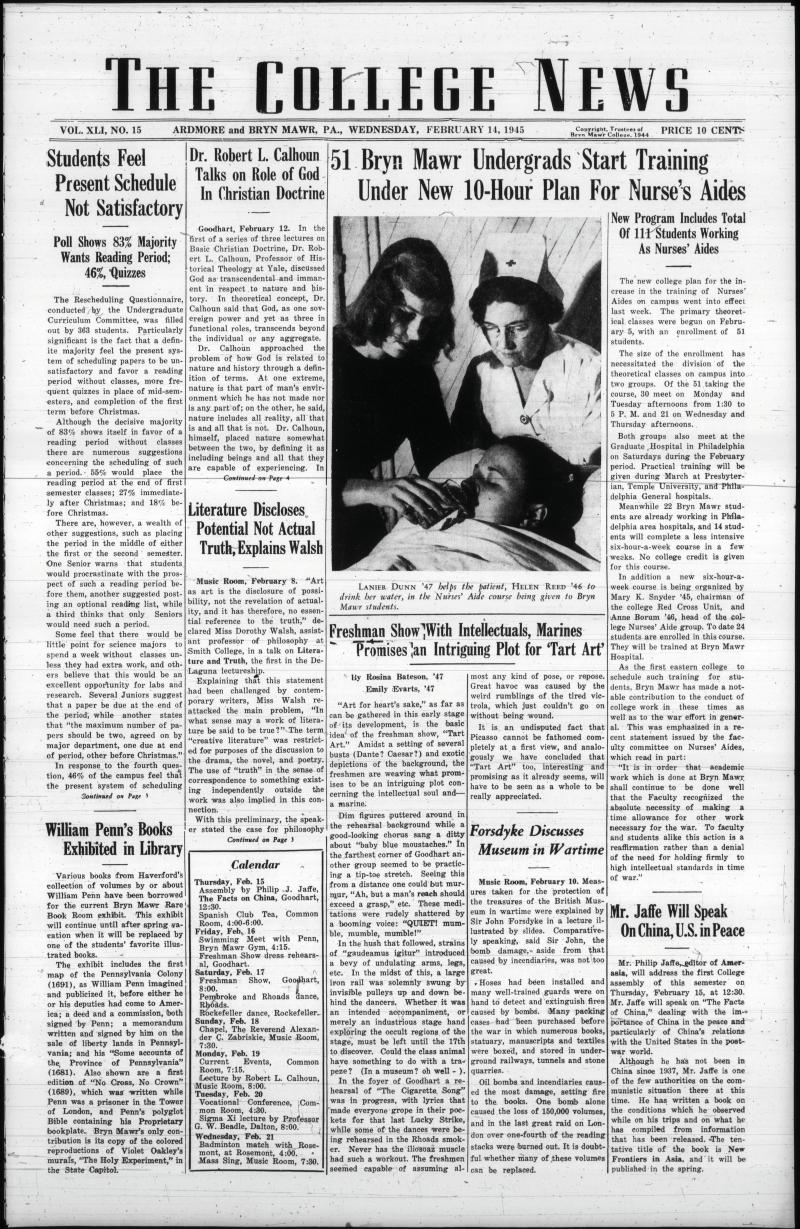 The College News opinion page of January 17, 1945, included this exhortation to fellow undergrads: “While we as college students will probably not be affected by a conscription law, we must assume some responsibility in aiding the war effort. This can best be done by becoming nurse’s aides in order to release nurses for overseas duty. With careful planning, a great many more students can find time for such vital and necessary work.”

Initially, the College enrolled 60 students to train under a
10-hour-a-week plan that required them to meet on campus twice a week and to travel to Graduate Hospital in Philadelphia on Saturdays. Practical training was also given at Presbyterian, Temple University, and Philadelphia General hospitals. An additional 51 undergrads joined the ranks in mid-February 1945, according to the College News, which reported that 14 students were enrolled in a less-intensive six-hour-a-week course and 24 more were training every week at Bryn Mawr Hospital. 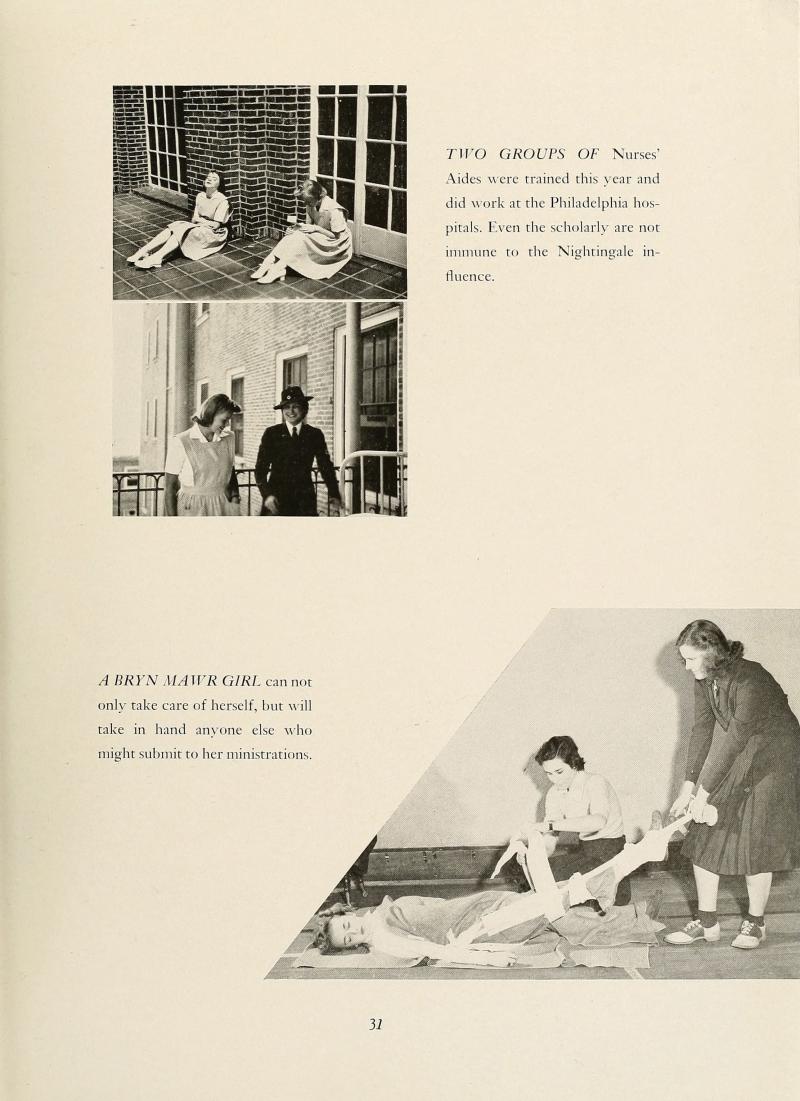 “As the first eastern college to schedule such training for students, Bryn Mawr has made a notable contribution to the conduct of college work in these times as well as to the war effort in general,” the article noted.

A statement issued by the Faculty Committee on Nurse’s Aides at the time read, in part: “It is in order that academic work which is done at Bryn Mawr shall continue to be done well that the faculty recognized the absolute necessity of making a time allowance for other work necessary for the war. To faculty and students alike this action is a reaffirmation rather than a denial of the need for holding firmly to high intellectual standards in time of war.”

Students who enrolled in the training soon found it demanded considerable stamina and hard work. “It takes elbow grease and a so-called bedside manner to accomplish what has to be done,” wrote Rosina Bateson ’47, in the March 14, 1945, issue of the College News. “Tact is essential; a sense of humor helps …. A brisk and authoritative stroll down the corridor with a tray of thermometers is soul satisfying. That is, until the lady in the last bed is discovered to have chronic hiccoughs, so that taking her respiration is well-nigh impossible. Or until the head nurse asks calmly why Mr. X’s temperature has risen from normal to 103 in four hours. The discovery that he had consumed a cup of boiling tea just before the thermometer was put well under his tongue relieves the temporary frenzy.”