For people living with dementia, art can open up a joyful new world.

Susan Shifrin, Ph.D. ’98, has seen it happen time and again. “It’s amazing to see; they’re talking, they’re teasing each other, they’re laughing, and they’re smiling,” she says of the participants she engages with through her nonprofit organization ARTZ Philadelphia. Participants in the organization’s programs are all people living with dementia or their care partners, and Shifrin’s organization, which works with area museums and other cultural venues to provide on-site experiences with art, is one of only a handful of its kind in the U.S.

It all started with a knock at Shifrin’s office door from a very persistent social worker. At the time, Shifrin, an art historian, was education director at Ursinus College’s Berman Museum of Art, and her visitor wanted to know if programming could be developed for residents with dementia in a local memory care community. Shifrin, whose own mother had been diagnosed with dementia, was galvanized and sought out training from Sean Caulfield, co-founder of Artists for Alzheimer’s in the Boston area. She went on to found a Mid- Atlantic affiliate in 2013.

Starting with a budget of zero, Shifrin—a team of one at that point—gradually built the program and invited the first group of participants to the Woodmere Art Museum, ARTZ Philadelphia’s first museum partner and a loyal supporter of the organization through the years.

“What I knew from my own experience,” Shifrin says, “was that with people living with dementia and their families, one unfortunate experience can deter them from trying again, and can deter them from wanting to do anything in public.” Every effort was made to make people feel valued, welcomed, honored, and respected.

And while this may seem like a departure from her previous work, Shifrin sees a straight trajectory. “My interest throughout my career in museums has been to figure out how best to help visitors feel comfortable in engaging with works of art.”

The arts are the vehicle for ARTZ’s programs, Shifrin says, but she sees her primary job as creating a setting in which people have room to breathe and to be adventurous in engaging with each other. “Once people have cottoned on to the fact that they’re not going to be dismissed or devalued, they really start listening to each other and bouncing ideas off of each other,” she says. “What we need to keep in mind, especially as people move further into dementia-related illnesses, is that their imagination and sense of humor are still there.”

In its first year, ARTZ Philadelphia reached about 100 people, and by 2020, right before COVID, that number had risen to around 2,000.

The pandemic took a toll on the group’s work with care communities, who were so decimated and devastated by COVID that they struggled to provide additional programs. The museum programs, however, continued seamlessly, now online, and Shifrin and her team developed ARTZ Kits for the
residential communities as well as a series of videos and new programs including ARTZ Notes, their first based around music and now one of their most popular offerings.

“One thing that came out of COVID,” Shifrin says, “is the realization that we should have been doing some things online from the very beginning because there have always been people who are homebound that could never come to our programs, and now they can.”

Find out more about ARTZ Philadelphia at artzphilly.org. 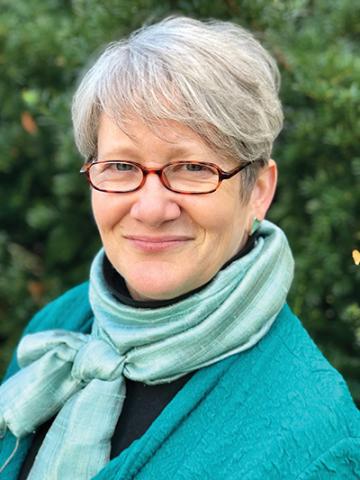 "The way I think about word and image was shaped substantially by how David Cast, my dissertation adviser at Bryn Mawr, thought about word and image. Working closely with Carol Campbell, longtime curator of the College's art collections and Eric Pumroy in Special Collections as a Center for Visual Culture fellow was also an incredibly special experience for me that really made me appreciate more fully the community that I had gained at Bryn Mawr." — Susan Shifrin, Ph.D. '98