Does a ghost inhabit the third floor of Bryn Mawr's oldest dorm?

According to legend—and some residents of Merion—a ghost haunts the third floor of Bryn Mawr's oldest dorm. In one telling, Lillian Vickers (Class of 1903) died from burns after her robe caught fire when a dropped match ignited her bathroom rug. In another, she was convinced that she was dying of leprosy and, in desperation, drew a kerosene bath one morning, in the belief that it would cure her.

The Philadelphia Inquirer reported that, coming to her aid, dormmates found her “in a swoon upon the floor. A few burning remnants of her robe lay by her side. Word was immediately sent to Dr. Christy, of Bryn Mawr, who came in all haste to the scene. Although he labored with her until 1 o’clock, his efforts were futile. The young student died at 1:15 without being able to tell how the sad accident had occurred.”

A junior popular among her classmates, Lillian loved Bryn Mawr. One newspaper reported that her last thoughts were for Bryn Mawr. As she lay dying, she asked, “Was the college harmed?”

Today, some maintain that her spirit remains on the campus she loved so dearly. And, so, when some Merion residents find doors opening and closing all on their own or hear a woman humming mysteriously, they nod knowingly and say, “Lillian's back.” 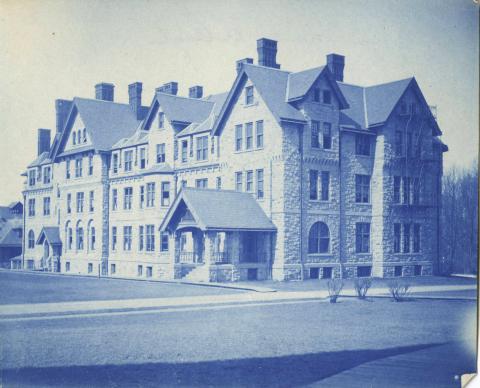