The Many Meanings of James Joyce

How Russian writers have responded to the work of the Irish author.

José Vergara’s recently published book All Future Plunges to the Past (Northern Illinois University
Press-Cornell University Press) explores how Russian writers from the mid-1920s on have read and responded to James Joyce’s work. Research for the book took Vergara, an assistant professor of Russian at Bryn Mawr, from Moscow to Santa Barbara. Here, he reflects on his journey.

Early encounters: I first tried to read Ulysses in high school, and I failed and gave up. I remember getting to the part where Bloom’s cat talks and thinking to myself, I can come back to this some other time. But then I read him again in college and found that Joyce is just so much more fun and engaging to read alongside others.

An idea takes root: The seeds for this project arose in a seminar I took in grad school on Joyce, Beckett and modernity. When I was re-reading Ulysses, some of the scenes, some of the characters, situations, images, started to remind me of this Russian novel called Envy by Yury Olesha.

It struck me as odd to see these connections between two works both from the 1920s, and as I started looking into it, I realized that no one had really explored Joyce’s place in Russian literature and culture. That surprised me given how important Joyce is in world literature.

Digging in: I wanted to see how Russian writers had responded and continue to respond to his work and what they see in him and what he represents to them. So, from there, I just started digging into it and tried to find authors that had spoken about Joyce in interviews or in essays.

This sort of work is very much rooted in the texts themselves—close reading and identifying intertextual connections—but it did take me to Russia. In the summer of 2019, I went to the Russian State Archive of Literature and Art in Moscow, where Olesha’s manuscripts are. I did some poking around to see what changes he was making to this novella he wrote between 1924 and 1927. I also went to Sasha Sokolov’s archive in Santa Barbara, California. One of his first critics taught there and collected a number of his materials. So that was terrific to go to sunny Santa Barbara.

Getting personal: I also spoke to several living writers and critics and readers from Russia because I wanted to get their direct responses about what Joyce means when they read him, how they encountered him, how that might be different from how writers in America or England see him or read him.

While I was in Moscow, I met with a few people and corresponded with others. That part of the book is essentially a mini oral history where I mix their different responses and voices and put them into dialogue with one another.

to conclude: The main point for me was to show that there’s not one singular, monolithic Joyce in Russian literature; it’s all very contextual and depends on when and where these writers were picking him up, whether in translation or the original, the kinds of conversations they were having with their colleagues, what they were reading and seeing in the media, et cetera.

With Olesha, who was very much drawn to the new Soviet ideology but at the same time interested in experimentation and the sorts of things that were starting to be suppressed, he saw the value of a writer like Joyce but struggled to pursue that path. Later, with a writer like Sokolov, he sets himself up as being apolitical and just interested in art for art’s sake, so he is drawing from Joyce in that sense. And for Mikhail Shishkin, who immigrated to Switzerland in the ’90s, he wants to blend Russian literature with the kind of cosmopolitan, experimental, humanistic worldview and art that Joyce represents. 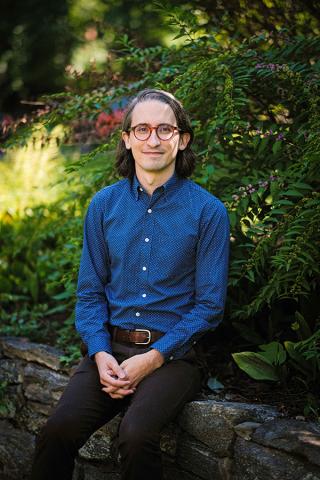