Enid Cook ’31, the first Black student to obtain a degree at Bryn Mawr, majored in chemistry and biology at the College before going on to obtain a Ph.D. in bacteriology from the University of Chicago in 1937.

A professor of parasitology and microbiology, Cook was the first person to isolate the yellow fever virus in Panama and, with her husband, one of the first to identify the viral strain responsible for the 1950–51 polio outbreak. Both the Dr. Enid Cook de Rodaniche Medal, awarded for work in virology by the Rotary Club of Panama, and Bryn Mawr College’s Enid Cook ’31 Center are named in recognition of her work as a gifted researcher and pioneering scientist in her field.

Despite her scientific brilliance, Cook’s journey to Bryn Mawr was not an easy one. Correspondence between College President Marion Park, the Board of Directors, and Quaker social reformer Paul H. Douglas shows the College’s racist reluctance to admit Black students —framed as concern that Cook would face prejudice on campus.

In 1926, the College allowed her to apply for admission.

After Cook’s application, the College faculty and Board of Directors adopted a policy that technically accepted Black students, but only if they lived off campus. Cook was forced to live in a boarding house for all four years at Bryn Mawr, even after an appeal to live in the dormitories submitted during her senior year.

In 1940, to further discourage Black students from applying, the off-campus rule was changed to stipulate that students living off campus must reside with their families in the immediate vicinity of the College. Finally, in 1942 the board rescinded the College’s 1927 policy requiring Black undergraduates to live off campus. Gloria Millicent White (class of 1948) lived in Rockefeller and was the first Black student to reside on campus.

A small number of Black students followed Enid Cook in the 1930s and ’40s, beginning with Lillian Russell (Class of ’34). Madeleine Sylvain-Bouchereau (Ph.D. 1941) is credited as Bryn Mawr’s first Black doctoral graduate. Very little information has been compiled about any of them. How did they come to Bryn Mawr? What were their experiences here? What did they do after graduation? The College Archives has no letters, diaries, or oral histories of Black students who were here then. Could there be surviving documents at other institutions? Or with their families? 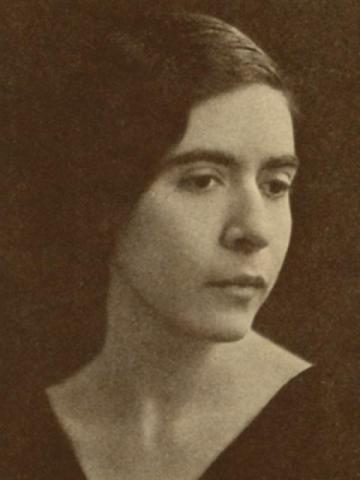 This article is based on research conducted by the Who Built Bryn Mawr? project.