Women in the Workplace

A panel of experts tackles the issues women face in today's workforce.

Sharon Ullman, Bryn Mawr professor of history: Programs like the Bryn Mawr Summer School for Women Workers in Industry introduced early 20th-century Americans to the reality of an especially precarious status—women engaged in work. That program focused on the industrial workers. A hundred years later, women’s labor occupies a vast landscape. What do you see as the greatest challenge facing women in the workforce in the early 21st century?

Barbara Carey '68, labor and employmentl lawyer, former union organizer and business agent: The census data that I looked at from 2019 estimates that women constitute about 51 percent of the population and over 58 percent of the labor force, interestingly. Nonetheless, we constitute less than 10 percent and often more like 1 or 2 percent, of certain well-paying jobs, including electricians, vehicle mechanics, telecommunications installers, welders and machinists, surveying and mapping technicians, aircraft pilots, flight engineers, mechanical engineers, firefighters, police officers, railroad conductors, and system and machine operators.

With those tiny numbers in all of those very important and well-paying roles, there is no critical mass, and women are going to continue to be regarded as tokens—the exception, not the norm—and, as a result of that, they will suffer more discrimination and lack of advancement.

So, there are three things that stand in the way of achieving that critical mass. One is the difficulty hiring women into jobs traditionally held by men. Another is the difficulty of retaining women workers in the jobs once they get them, so the presence of women on those jobs, including as supervisors, is the norm rather than the exception. The third difficulty is challenging or changing the bad attitudes of people about women in society. 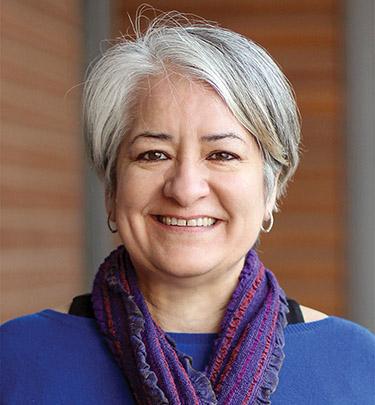 Letitia Saucedo '84, Martin Luther King Jr. Professor of Law, University of California-Davis: Overall, the big challenge for women in the workplace is the challenge of everybody in the workplace, and that is the continuing deterioration of employment law and labor law and employment discrimination law. One specific area that happens in is the resegregation of the workplace, not just by race, but also by gender. A recent study concluded that workplaces are more segregated today than they were 40 years ago. Within a segment of industries, we see women and workers of color languishing in jobs that do not have upward mobility. When this resegregation occurs in low-wage workplaces, the effect is that there is less access to legal support, less access to support for unions or some other form of labor organization that’s going to protect women who are experiencing sexual harassment or poor working conditions or other forms of sex-based discrimination on the job. We know from the data that employers don’t like to see segregated departments, and so they are jettisoning whole departments. So, there is no longer a janitorial department. That has been outsourced and contracted out. What ends up happening is you have low-wage workers, women, janitors, who are now part of another organization, and this is where independent contracting comes in. And then they really are outside of the protection of wage and hour laws, anti-discrimination laws. I think resegregation of the workplace and that devolving into independent contracting is a big problem for women in the workplace today. 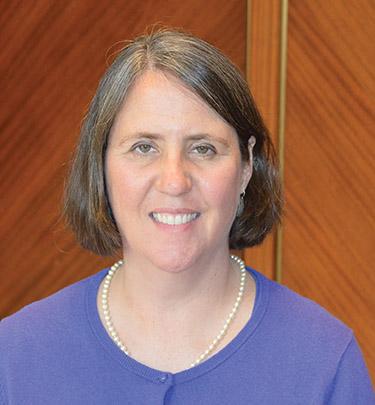 Dina Zarrella Kastner, M.S.S./M.L.S.P., senior field organizer, National Association of Social Workers: One of the things that I’ve been thinking about are different glass ceilings. We know that some are being broken, but there are also others that still keep women in lower-level positions in all sorts of different settings. I think the ability to progress in one’s career is one of the biggest challenges of our time for women. 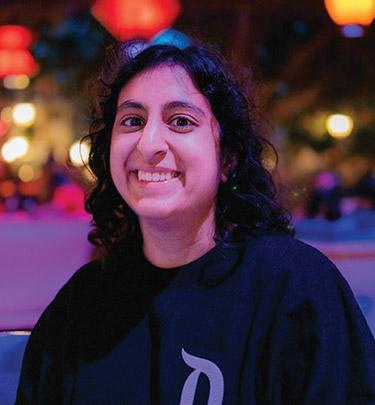 Rhea Manglani '17, union organizer, SEIU Local 721: Any issue that affects all people is going to be so much worse for women. From what I’ve seen from my job, it’s the gig economy. Not only is the gig economy hurting low-wage workers; I’ve seen it re-normalizing not having maternity leave and not having protections at all. Ever since Prop 22, which Lyft and Uber spent millions of dollars pushing for in California, we are seeing jobs that are normally done by employees, union jobs, being terminated in favor of getting drivers. It’s not just Uber and Lyft. You also see it in higher education. When you are not tenured, you’re just teaching from place to place. People move all the time for these positions. Union jobs are the only jobs where workers and women get to have a seat at the table and say, “We want longer maternity leave, we are collectively bargaining for that.” So, when you have an increase of gig work, it’s just going to take away whatever progress we have made so far, all the work the women here have done. We have to fight for the fact that this is not acceptable, that the bare minimum should be maternity leave, the bare minimum should be protections against sexual harassment.

SU: There have been very intense impacts particularly on women and all low-wage workers connected to COVID-19. What do you think is going to happen next? Where do you see this going in the aftermath of the interruption in the labor force, particularly for women, over the past 14 months?

LS: I am looking at this from the point of view again of low-wage workplaces and immigrant workers, which is where most of my research lies. As many people know, immigrant workers, Black and brown communities have been hit especially hard. One poignant example is in meat processing plants. The Department of Labor under Trump promised it would side with the employers that required employees to come to work. The vast majority of workers in meat processing and in poultry are Latino immigrants. We are leaving workers in these industries much more vulnerable since the beginning of COVID. Not just because of the illness but because of the resources for them to get back on their feet just aren’t there. I link it back to the Bryn Mawr School for Women Workers because this is one of the issues that they were fighting about at the turn of the century. How do we make employers accountable for workplace accidents and injuries and diseases that happen on the job?

DK: A lot of what has happened is women have had more need to leave the workforce or cut back their hours in the workforce due to COVID. If we had things like paid sick leave and paid family leave, it wouldn’t be as much of an issue for women. Also, having adequate childcare.

RM: Organizing has been on fire during the pandemic. I’m not going to say it’s ever easy to organize, especially since we’re mostly doing digital organizing, but there has been a fire lit under people again. So, I’m hoping that trend continues, and I’m hoping that some of the flexibility a lot of us in office work have been seeing continues. This could be a wake-up call if we continue to move it in the right direction.

SU: When I teach about unions, my students have very little understanding of them. Their sense of it is the cultural negativity you see. Where does the union movement go in the face of this extreme anti-union climate?

BC: The labor movement in many cases has not been very good for women. Nepotism within union hiring halls certainly wasn’t good for women. I had a conversation with a former organizer, whom I asked: “This is a largely female union; how much attention was paid to women’s advantages and disadvantages?” He said, “Really not much. We were focused on everybody moving ahead.” It has been very hard watching the numbers of union election wins and the number of unionized employees go down over the years. Looking back at the Women’s Summer School, I realize that women only got the vote in 1919, and the Summer School started in 1921. So that must have been an exciting time for women, and I am hopeful that maybe the extreme problems that came out of COVID might have some booster effect on people standing up for themselves.

RM: My job is to go to places that don’t have unions yet. What we always tell people is you can organize without a union. It does not come with the protections of a union contract or the legal protections you want in that sense. But honestly if you can get your coworkers together, you can petition and organize and do Zoom meetings to get the community together. That is scary to employers, and that will leverage worker power. They can fight unions and they can chip away at unions and they can destroy unions honestly, but at the end of the day people will still organize.

Honoring the centennial of the Bryn Mawr Summer School for Women Workers in Industry, four alumnae with expertise in workplace issues and employment law came together on Zoom on May 6 for a panel discussion titled Women in the Workplace: Worker Education, Labor Activism, and Labor Law Today. The multigenerational panel drew on the participants’ experiences as labor activists, labor lawyers, and worker education policy experts, to discuss workplace issues affecting women. The discussion was moderated by Bryn Mawr Professor of History Sharon Ullman.