Africa was the antidote to the alienation of my being the College’s last “only Colored girl.”

Bryn Mawr helped define my life in ways unanticipated by the educational system of the era. The College made essential, urgent, and possible the sophomore summer living with a family in Cameroon in Central Africa that was the rite/right of passage that determined the rest of my life, about which I’m writing a memoir. Africa was the antidote to the alienation of my being the College’s last “only Colored girl”—African-Americans were Negroes or Colored then—in the Class of 1966.

Although grateful for, and not yet critical of, my Eurocentric education, when an international exchange program offered a surprise African nation amidst overwhelmingly European options, my choice was simple. Two months in the Bamum Kingdom, which challenged stereotypes of Africa, where I was welcomed “home,” as sociologists who studied us insisted that African-Americans had no African heritage, revealed to me my rich and empowering history and culture.

On my return to Bryn Mawr, a classmate informed me that “Negroes have contributed nothing to society.” My elite education gave me no response.

Today my classmate’s statement would be considered a microaggression. But in that era of shocking televised macroaggressions against African-Americans, such microaggressions seemed relatively less important. My classmate’s casually cruel assertion joined my informative and edifying experiences in Cameroon to make inevitable that I would become a cultural anthropologist researching the African Diaspora. Her statement has remained engraved in my mind as a wonderful stimulant encouraging me to learn and teach about all that Africans and Afro-descendants did in fact contribute to society, beginning with peopling the planet with modern human beings.

A half-century of research, publishing, making documentaries, and organizing and participating in cultural and intellectual activities throughout Africa and the Diaspora has led me to define myself as a citizen of the global African Diaspora, with a U.S. passport as a result of a slave ship. I now consider as my extended family the 200 million Afro-descendants scattered throughout the Americas from Chile to Canada. 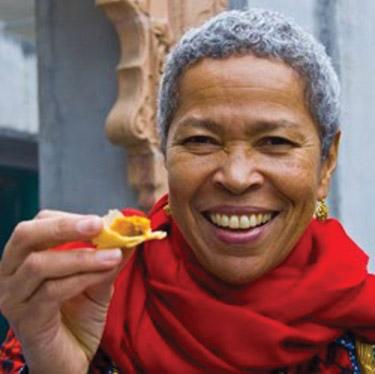 Bryn Mawr launched Sheila Walker ’66 from New Jersey to global via languages, a summer in Cameroon, and a year in France that reinforced her African experiences and made her an anthropologist. Now based in D.C., she still travels incessantly (except during COVID-19) while living and studying the African Diaspora and sharing her learning through writing, lectures, and documentary films.