How Do I Want to Spend My Time?

Three Midlife Mawrters share their stories of reclaiming their time—and making the most of their gifts.

Kay Yoon ’00 felt like a “bad Mawrter” for choosing to stay home with her first child. As a Korean-American, she experienced guilt aggravated by internal conflict: individualism versus an obligation to meet community expectations through achievements that could be abstracted to a title on a business card.

“Koreans are obsessed with titles!” she says, citing cultural networking etiquette. “A business card is a symbol of your stature. If you give your card to someone, or receive a card from them, you need to use both hands [as you would with a gift]. Korean parents say, ‘Remember, two hands!’ the way you remind children to say please and thank you.”

Now 39 with two young daughters, Yoon feels the pressure of “the nines” to complete the decade’s bucket list. She’s currently working part-time in the nonprofit development field, while honoring her personal responsibilities, including coordinating special-education services to accommodate her eldest’s learning differences.

In a time when “terrible headlines about natural and man-made disasters have made me question everything,” Yoon is also pausing to ask, “How do I want to spend my time? With whom do I want to spend it? What is most important to me?” She’s grateful for the Bryn Mawr women who, in her early days of motherhood, sympathized but set her straight, saying, “Look at us—we’re ordinary Mawrters, too.” With a little help from these “third-culture” friends, she’s reclaiming her authority.

With a background in ballet begun at Bryn Mawr, Berit Haahr ’92 had strong legs but felt like “a 98-pound weakling.” Weightlifting with a trainer only resulted in “big forearms, like a blacksmith!” she says.

Two days before the presidential inauguration, she joined a boxing gym in Ardmore, Pennsylvania—suiting up in gloves, headgear, and hook-and-jab pads to practice the sport-as-coping-strategy. “I thought my head was going to explode from rage,” she recalls. “When I’m boxing, I can’t think about anything else. If I’m not paying attention, I’ll get hit in the head.”

Partnered with taller or heavier boxers—other women, men, and teenagers—Haahr is punching above her weight class and learning a different way to move. Both ballet and boxing focus on footwork, she says, but “ballet is about up, and boxing is about down. Ballet is poses, and boxing is movement with minute control. You keep your face hidden. You don’t ever stand still but move to avoid the punch. ‘Roll with the punches’ is an actual boxing term.”

Now, she measures progress in speed, repetitions, required rest time, and how she feels after a workout. While she works latent muscles to reclaim her power, Haahr (a reading specialist) is becoming a better teacher. As she tells her students, “For a long time, I was the worst boxer at the gym—sometimes I still am! But I love it, and so I keep showing up to try to get better.”

“Writing isn’t necessarily about luck or talent—it’s about putting in the effort,” says Rebecca McKillip Thornburgh ’80, who, after illustrating 135 books for children, is pursuing an M.F.A. in writing for children at Hamline University in St. Paul, Minnesota. Having mastered the page turn and 32-page picture book layout, she says she “always intended to write my own work. Now I’m reclaiming what I set out to do.”

Illustration is always collaborative, says Thornburgh, who conceives of a story in pictures inseparable from the author’s text. But it was her work on The Shelf Elf series by Jackie Mims Hopkins, which brought her whimsical vision to a straightforward story intended to teach library manners, that convinced her she could create both visual and literary narratives.

Taking a two-year hiatus from the publishing business to practice writing is “both daunting and wonderful,” she says, “like stepping off a cliff into this open space.” At Hamline, she’s exploring “scary, off-kilter, meta-fictive picture books” and earning praise for her command of fairy-tale language and her snarky sense of humor. Revisiting a Scottish folktale she first illustrated as a project for her fine art major at Bryn Mawr, she’s retelling the Tamlane tale in a modern voice that comments directly on the story’s use of folktale tropes.

The same might be said of these Mawrters-in-progress, taking a midlife opportunity to reclaim their time and make the most of their gifts. 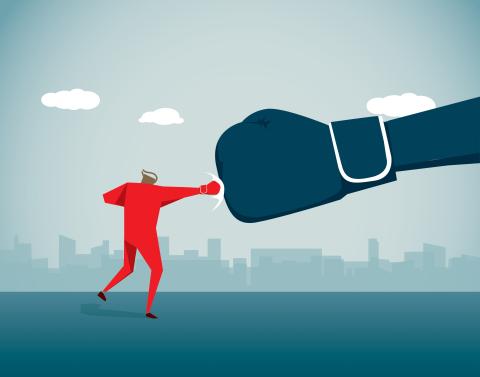