Paradoxes, Miseries … Not for Trade

I was an outlander and have so remained.

When I peer at the mirror beyond the gray hair and sagging jowls, I can still detect some of the energy and optimism of the way-too-young 16-year-old that I was when I entered Bryn Mawr in the fall of 1964. I, with all of the anticipation of youth, was particularly adept at navigating the complex worlds of code-switching, as we now call it. At Bryn Mawr, I was almost exclusively dealing with white Americans, a tribe I knew little about. Prior to Bryn Mawr, I went to an international school; there, I grew to understand my Americanness but on campus, I began to understand myself as a Black American. And I had to define what that meant to me in the turbulent times of the late 1960s. The year after I graduated in 1968, I penned a brief piece for this magazine noting my thoughts on campus life and spoke of two aspects: academic/grading disparities and social difficulties. Now, 50-plus years later, while my distress about the academic disparities has attenuated over time or been buried under multiple advanced degrees, my observations about the social difficulties remain accurate and poignant.

The conundrums of Bryn Mawr were immediately evident to the six Black students in my freshman class. It is difficult today to imagine Bryn Mawr as it was in the fall of 1964; the plantation was alive and well, complete with warm, loving individuals who looked like my relatives (and indeed, I knew some of them who lived in Philadelphia) but who were referred to as maids and porters. Their jobs were to be there for our comfort: distribute sheets, build fires in dorm rooms with fireplaces, make the beds of those who were truly lazy, and for the first year of my residence, prepare meals in individual dorm kitchens, and serve them at table, and at the holiday season sing carols at Christmas in the dorms. They were always addressed by first name, and although they were the bedrock of each dorm, we knew little of the other parts of their duties and even less of their lives.

These and other social questions were announced when all Black freshmen were all given single rooms. Coveted and much desired by others, we knew they were also a covert way to avoid any racial friction that might emerge. My years at Bryn Mawr were also filled with what today would be called microaggressions, but they became negligible as I navigated the campus. I found my crew, and I made my peace. I was an outlander and have so remained.

Now, more than 50 years later, I have returned for a few recent reunions and find that I savor the more recent friendships that have arisen from shared quirks, affinities rediscovered, and the connection of a shared Mawrter-ness. I always proudly trumpet that I went to Bryn Mawr as much for the shock value it still has for many as from its simple fact. However, with the distance of time, when I think of Bryn Mawr, I think not only of the education it gave me, for which I am grateful, but I also think of microaggressions that I can still recall. I savor the nascent political awareness that I developed and the friendships made and maintained. I think of all of those things held in memory increasingly tinted with nostalgia, but mostly I think of the maids and porters; I wish I’d spent more time learning their stories, and I really wish I’d thanked them daily. 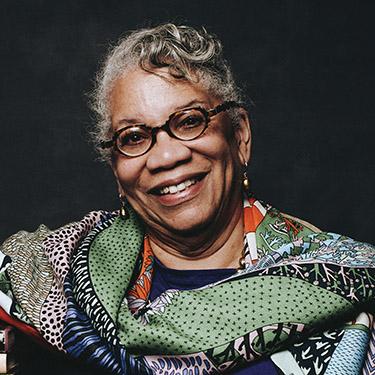 Jessica B. Harris ’68 is the author, editor, or translator of 17 books, including 12 cookbooks documenting the foods and foodways of the African Diaspora. She has lectured widely in the U.S. and abroad and has written extensively for scholarly and popular publications. Harris consults internationally, most recently for the Smithsonian Museum of African American History and Culture on its cafeteria. She holds degrees from BMC; Queens College/CUNY; the Université de Nancy, France; and New York University. Harris received an honorary doctorate of humane letters from Johnson and Wales University and holds lifetime achievement awards from the Southern Foodways Alliance and the Soul Summit. She was elected to the James Beard Who’s Who in Food and Beverage in America list, inducted into its Cookbook Hall of Fame, and awarded the 2020 James Beard Foundation’s lifetime achievement award. She was a professor at Queens College/ CUNY for five decades and is currently professor emerita at that institution.