A Poet Comes Back Home

An alumna returns to the campus where she found her calling.

At last year’s Ezra Pound conference at the University of Pennsylvania, I attended a terrific talk about the poet Marianne Moore (Bryn Mawr class of 1909) that detailed how she overcame her terrible anxieties about public appearances. I could relate as I presented my own talk on the little-known fact that another Bryn Mawr poet, Hilda “H. D.” Doolittle (also class of 1909), worked as Ford Madox Ford's secretary when he was writing The Good Soldier.

While conducting my research at Yale’s Beinecke Library, I was touched to come across a mid-1950s Bryn Mawr Alumnae Bulletin in which H. D. tagged a feature article on Moore. The two had met at Bryn Mawr.

Like H. D., I didn’t get my degree from Bryn Mawr; I ended up studying classics and medieval studies at Columbia University. For years, I had no particular nostalgia for either institution. But perhaps it’s the prodigal child (especially one whose own daughter has since gone off to college) who feels most strongly the pull of her alma mater. So, I made the excursion from the University of Pennsylvania to Bryn Mawr.

It didn’t hurt that the campus was idyllically beautiful in June, with the Great Hall full of student musicians preparing for auditions and performances. But I was unprepared for the strength and depth of my affections. I found myself dragging my husband back to all my old haunts—the ghostly woods behind English House, my favorite carrel at Carpenter Library, my favorite corner room in the Great Hall Library, (occupied on the day of our visit by a young pianist at her instrument).

Passing under Pem Arch, I remembered hearing that first call to poetry, whose answer I mistakenly thought required leaving school to live as a “real writer” in New York City.

And as I wandered across the sunlit campus, I remembered not only the professors I’d known there as an undergraduate; I thought of all the other Bryn Mawr graduates and faculty who’d become important to my subsequent studies and professional life. One of my professors at Columbia, the late Louise Alpers Bordaz ’53, was a crucial model and advocate. When I spent a summer at the American School of Classical Studies, I listened to the archaeological talks of Mawrters Brunilde Ridgway and James Wright with awe. More recently, City University’s great teacher and translator of French literature, Mary Ann Caws ’54, has been a beacon of scholarly energy and generosity.

At the literary conferences where I present, I identify myself as an independent scholar, though with some hesitation. For whatever contributions I might make to discussions of poetry and classical translation, I know the difference between what I do and the accomplishments of academics like the above-named.

I am a poet. And although how and why I became such a thing remains something of a mystery, what I now understand is that my vocation is intimately connected not only to the presences of H. D. and Marianne Moore in my work but also to those richly complicated years at Bryn Mawr, where I first encountered them.

A winner of the Discovery/The Nation Prize, recipient of a Camargo Foundation Fellowship, and visiting artist and scholar at the American Academy in Rome, Mary Maxwell ’81 has published in Arion, Partisan Review, Threepenny Review, and the anthology Latin Lyric and Elegiac Poetry. Individual poems from her five collections were first published in The New Republic, Paris Review, Slate, and Yale Review. 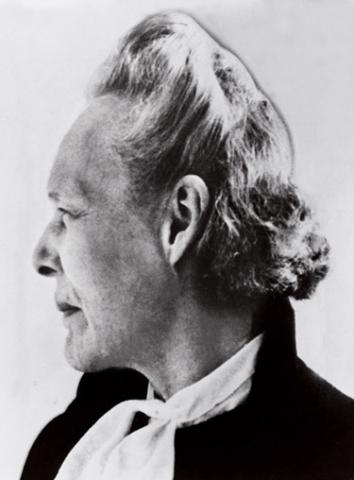