How Gorbachev’s glasnost opened up new worlds for one intrepid Mawrter.

Without Mikhail Gorbachev, I would never have had my thrilling, eye-opening, anxiety-producing, challenging, difficult, endlessly interesting, infuriating career.

I was a teenager when Gorbachev came to power, and I already knew that I wanted to build my education and future around a foreign language. At the same time, Gorbachev introduced the concepts of perestroika and glasnost, opening doors and injecting much-needed fresh air into domestic Soviet and international geopolitics.

Although I was a competent German speaker, I wanted to study a language that felt more cutting edge and marketable. The Soviet Union’s budding openness (glasnost) was appealing and promising, so I looked for a university with a strong Russian program. My high school German teacher, Mary Ann Beverly ’68, a graduate of Bryn Mawr, encouraged me to consider it, and after one visit and a long hard think about what it meant to attend a women’s college, I was sold. In autumn 1989, I set off to major in Russian language (with a minor in Russian linguistics) at BMC.

I remember the late ’80s and early ’90s as an exciting time, offering the tantalizing possibility that our planet could find its way to ending the Cold War. Opportunities, it seemed, waited around every corner. After Gorbachev ditched the Brezhnev Doctrine, the Iron Curtain fell in Central and Eastern Europe in 1989–90. The Soviet Communist party, and then the USSR, dissolved in 1991. Breathtaking changes were in store for the whole planet! I headed to Moscow to study in January 1992, just a month after Gorbachev stepped down in what the Guardian obituary called a “singular and respected act among many Russian liberals today.”

During my time in Moscow, I noticed much that was still Soviet: on our first day of class, my teacher walked in and announced, “I am a communist.” But the spring thaw also brought a steadily growing sense of freedom, change, and opportunity—sometimes for the better and often for the worse. On a weekend visit to Riga, Latvia, with tensions still high between newly free but still uncertain Central European countries and Russia, I had the surreal experience of turning a quiet street corner in Old Town to meet face-to-face with machine-gun toting soldiers protecting their new government.

When I returned to the U.S. from that spring in Moscow, I decided to graduate a semester early and find a job that would send me back. My letters sent to American companies investing in Russia initially got me nowhere, but one day in January 1993, a Bryn Mawr connection yielded an interview in Washington, D.C., for a job in U.S.-post Soviet educational exchange. Turns out it was a “How soon can you be on a plane?” meeting, and just weeks later I was in Moscow with marching orders to take the overnight train to the program’s Kyiv office. I spent the next 18 months working with kids from across Ukraine participating in the inaugural merit-based high school exchange program for former Soviet high schoolers studying in the United States.

In my work I have met people from across Eurasia, traveled to incredible and incredibly complicated places, learned about myriad cultures and communities, and had the privilege of listening to people’s dreams—sometimes helping them achieve them. It’s been a privilege to stand with them and support them as they fight for human rights, environmental justice, and the rule of law.

May Gorbachev rest in peace alongside Raisa. His is a complex legacy, for sure, but he made the world a safer place for a few decades, and I feel lucky to have experienced his influence so personally. I hope we can get there (to that safer place) again someday.

Jennifer Castner is director of The Altai Project (altaiproject.org), an organization that works to protect natural landscapes and wildlife and support Indigenous peoples and traditional lifeways in and around Russia, Mongolia, and Kazakhstan. 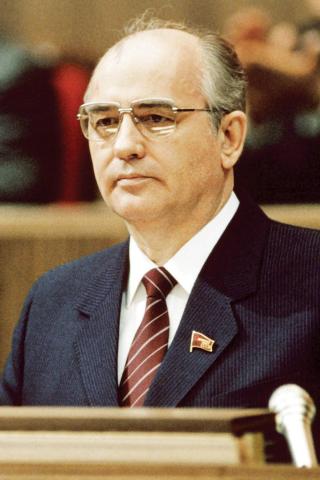