In this issue, we highlight our 2018 Alumnae Service Award winners.

McCurdy Miller '08 is the recipient of the 2018 Young Alumna Service Award for her robust volunteerism since graduation. In 10 short years, McCurdy has served two consecutive terms as Annual Fund Class Chair and as a member of the Reunion Gift Committee for 2008’s first (and only) two reunions. She is herself a member of the Archways, Slade, and Taylor Giving Societies. She has also served as a member and co-chair of the GOLD (Graduates Of the Last Decade) committee, and is currently an admissions representative in Providence, Rhode Island. During her remarks, she thanked Bryn Mawr for the opportunity to give back: “Each position has enabled me to stay connected with classmates and peers, meet the future of the College in prospective students, and financially support the students and faculty currently here, at our home. Bryn Mawr helped me to become who I am, and I will continue to do everything I can so it is here for future Mawrters.”

Marcia Cantarella '68 received the Distinguished Alumna Service Award for her leadership in helping to shape programming and guide the community at its highest levels. Marcia has dedicated her professional life to higher education, including deanships at CUNY Hunter College, where she consults for the Black Male Initiative, and Princeton University; she is also part of the dean’s staff at NYU’s College of Arts and Sciences. At Bryn Mawr, she has served on the Association’s Executive Board, the Black Leadership Affinity Circle, and LILAC’s Advocacy Board. “Whether providing advice, asking critical questions, or directing resources in our direction, Marcia always makes it a priority to support the College,” says Associate Dean Katie Krimmel. “Her lens on the academy and services that students need to succeed are invaluable.” Classmate Jessica Harris ’68 points out, “No one has a bigger heart. Classmates and members of the New York Club know that Marcia’s house is always available for receptions and teas and that she is the consummate hostess.” Marcia thanked the College for an “amazing education” and Sophia Jacobs ’23, head of the National Council of Women and a member of the National Urban League, for suggesting she apply. She also noted her delight in having stepdaughter Mara Cantarella ’89 as “my legacy child.”

Betty Vermey '58, director of admissions emeritus, received the Lifetime of Service Award for her extraordinary commitment to the College—30 years as director of admissions, four as director of the Office for International Initiatives, class president, and member of multiple reunion gift committees. In 1999, she received Bryn Mawr’s Helen Taft Manning Award for outstanding service to the College. Ruth Lindeborg ’80 said it best: “If you graduated between 1970 and 1999, you are among the 6,384 students admitted by Betty, representing 40 percent of our living undergraduate alumnae. Betty was a brilliant recruiter who transformed the nature of our student body. In 1970, we were one of the first colleges to participate in the College Search Service, allowing us to reach students in regions we had not historically visited. Suddenly we were enrolling brilliant young women from states like New Hampshire, Mississippi, and Montana. Betty also traveled the world for Bryn Mawr, recruiting from Istanbul, Karachi, Manila, Nairobi, and the list goes on. She helped to make us who we are, individually and as an institution. She worked tirelessly to realize her clear vision of Bryn Mawr as an institution of the highest intellectual standards that can have a global impact on educational opportunity for women, and we are better for it.” 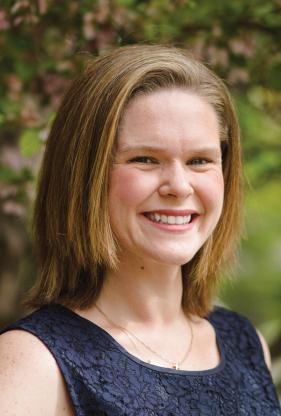