By (As Told to) Nancy Brokaw

Bryn Mawr validated for me the vital importance of addressing the big philosophical questions. You can, and you should—would be the two lessons from Bryn Mawr.

My philosophy degree was useful preparation for law school—addressing big questions like justice and human rights in a smaller arena, if you will. I discovered Chicago Legal Assistance Foundation in my first term and ended up working for legal services every academic term afterwards straight through to graduation. That was my parallel legal education.

After law school, I moved to a corporate practice, but I was still looking for the chance to apply the big-picture principles of social justice, equality, equity, inclusion, fulfillment of the nation’s highest ideals. I logged a lot of pro bono hours at those
law firms.

I started with the ACLU as a board member 10 years or so before I became executive director of the N.C. affiliate. It was a chance to work for an organization for which I have great affinity and respect—in a state on the frontlines of defending constitutional rights for all.

North Carolina is a proving ground. The success we have here can be precedent-setting for the nation—whether on criminal justice reform, LGBTQ rights, voting rights, or reproductive justice. Interestingly, the work perfectly illustrates that early BMC lesson: we all can make a difference in advancing those ideals, and we must.

I grew up in a small town in Ohio. My mom was a nurse who went back to community college to earn her associate’s degree after years of working as a nanny and a receptionist. Most of the women I knew growing up were secretaries, hairdressers, and teachers. I didn’t know anyone who saw their career as a way to live their values and their politics. I learned all of that at Bryn Mawr.

Before coming to the ACLU of Pennsylvania, I mainly worked at nonprofit organizations focused on a relatively narrow issue, such as hunger. I was excited to join an organization that was tackling multiple, overlapping issues simultaneously and working at the intersections of complex problems in civil rights and civil liberties.

I work on LGBT rights, and I started at the ACLU of Pennsylvania a month after its successful lawsuit, Whitewood v. Wolf, brought marriage equality to the state. Our opponents quickly pivoted and set their sights on rights and dignity of transgender people, and the attacks have been relentless.

For the past three months, we’ve been fighting an effort in Harrisburg to prohibit insurance coverage of critical transition-related health care for people insured through Medicaid and the Children’s Health Insurance Program. But I’ve been so heartened by the courage and resilience of the folks who would be impacted—transgender people, parents of trans kids, health care providers—and who have spoken out at every turn. I’ve been blown away by their grace and strength in the face of adversity. 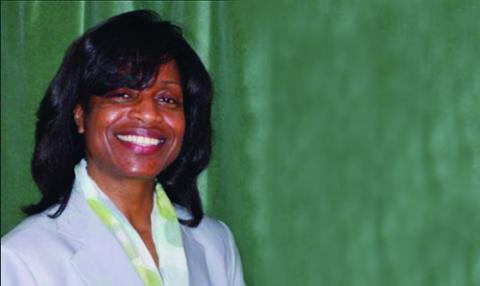