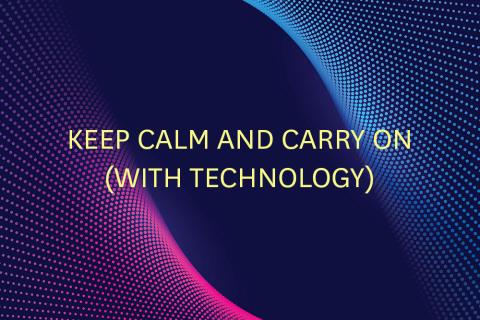 Classes moved online, staff and faculty worked remotely, and all but a handful of students were back home. But Bryn Mawr staff remained at their posts, albeit many of them from a distance.

“When I watch the news,” President Cassidy wrote in an email to staff, “I have been very moved by the public outpouring of gratitude for medical personnel, for people working to make deliveries and keep stores open, and for police and fire fighters. We have our own version of that at Bryn Mawr.”

“We also have others who come to campus,” Cassidy wrote, “to keep our employees paid, to provide access to benefits, to support our IT infrastructure so that we all can work and teach remotely, and to monitor our students on campus.”

Physics professor David Schaffner is a plasma physicist who studies the motion of charged particles— ions and electrons—in a system. His colleague in the department, Kate Daniel, is a theoretical astrophysicist who studies galaxy evolution and dynamics. Despite the very different scale of their work—subatomic and cosmic— their recent collaboration has yielded a surprising result.

Based on equations describing the interaction between stars and spiral arms, Daniel created a simulated galaxy. Then, tracking the radius of each star over time, she created a data set that measured the orbit of every star in her galaxy. At that point Schaffner stepped in and applied his expertise with permutation entropy and statistical complexity, a relatively new analytical technique based on pattern recognition.

Simulations provide clear evidence that spiral arms play an enormous role in the evolution of disc galaxies, but, to date, the actual mechanism has remained a mystery. And it’s that question— what’s actually happening at the physical level—that Daniel and Schaffner are trying to understand.

Their analysis reveals that spiral arms introduce an unexpectedly high degree of chaos into the system, and that finding, they suspect, has significant implications for the emergence of well-known but unexplained morphological structures in disc galaxies. 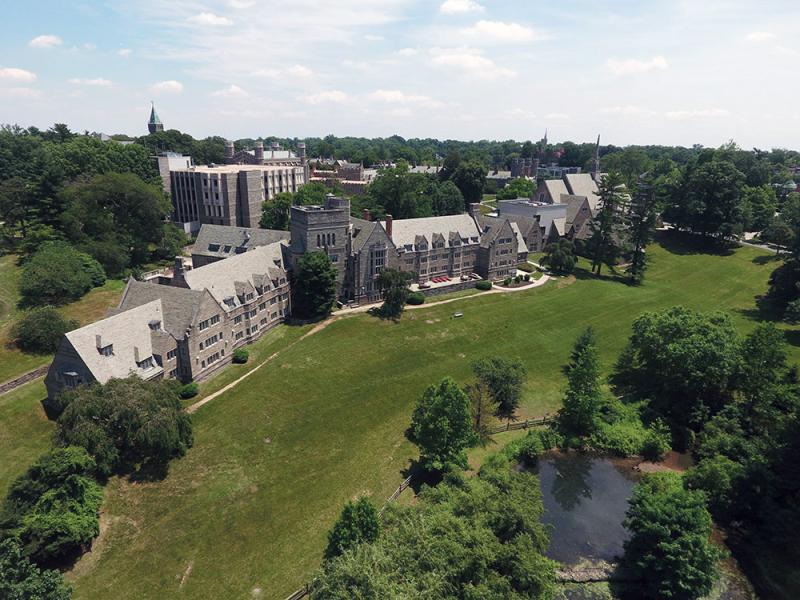 Earlier this year, students, faculty, and staff met to discuss sustainability at Bryn Mawr and brainstorm future initiatives to reduce its carbon footprint. “We’re going to set a goal towards achieving carbon neutrality; the question we’re starting to now engage with is exactly how we will do that,” President Kim Cassidy explained in her opening remarks.

Led by Director of Facilities Services Nina Bisbee and Associate Director Jim McGaffin, the session included a progress report on the College’s 2010 Climate Action Plan, which committed to reducing Bryn Mawr’s carbon footprint by 10 percent from a 2008 baseline in 10 years. “Here it is 2020, and we’ve had a net reduction of just over 50 percent,” McGaffin announced. Drivers of the reduction were a shift to 100 percent wind power, a cap on growth, changes to the fleet, Dining Services

4. Gender Violence and the Wage Gap 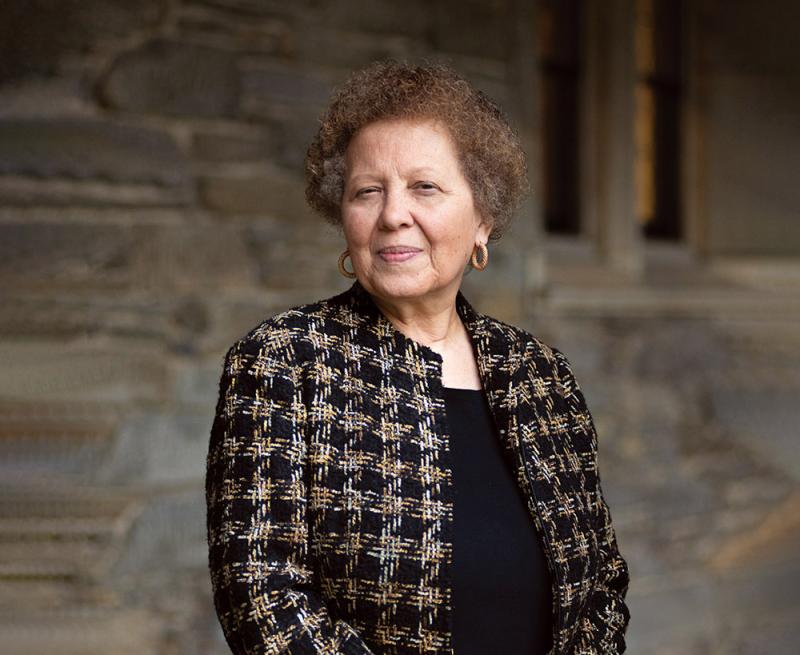 Along with the U.S., southern Africa is regarded as having some of the highest rates of gender-based violence in the world. Focusing largely on Zimbabwe and South Africa, BMC Provost and Sociology Professor Mary Osirim has explored the contributions of African gender scholars and activists to knowledge about this issue.

In this region, gender-based violence arises from deeply rooted structural origins linked to the history of colonialism and apartheid, political transition and economic crises, changing gender roles, and the HIV/AIDS pandemic.

But the work undertaken by African feminist scholar-activists has implications that extend far beyond Africa, Osirim says. For in addition to establishing regional NGOs and mobilizing for legislative change at the national level, they have expanded the very definition of gender-based violence, most notably by including the notion of economic violence.

“This definition, which appeared in the work of southern African scholar-activists in the early 1990s,” Osirim notes, “far exceeded the prominent definitions in the U.S. at the time ... and had a profound effect on the recognition of this type of violence in other nations experiencing economic crisis.” 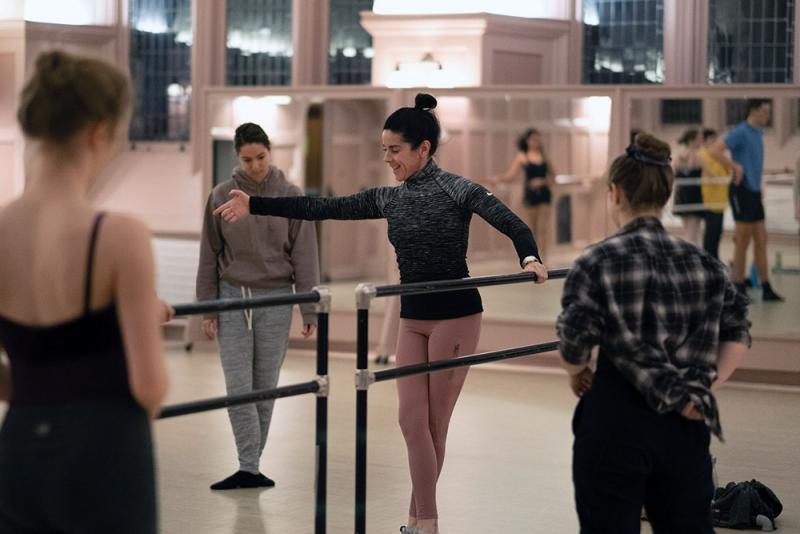 Citing recent research from the National Academy of Sciences, Cassidy explains that everyone benefits from “centrality,” that is, being connected to hubs of people with contacts across different groups.

But women need more. The research shows that women are “more likely to attain executive leadership positions,” she writes, "if they also had an ‘inner circle of predominately female contacts.’”

Cassidy goes on to cite the Bryn Mawr network as evidence of how women support women in navigating “issues that men never have to think about.”

Sydne Record (biology) spoke to the National Ecological Observatory Network on the challenges facing the field:

“Ecologists have been working at the local plot level, but many current environmental issues are global in nature, so scaling up research of ecological processes across space and time is vital.”

“Net Impact grooms you to come up with solutions for real-world problems,” says Club President Vimbai Mawoneke ’21. “This is something which I think we need, particularly as college students, because the theoretical methods we learn at school don’t always work in reality.”

Club member Naomi Bonilla ’21 concurs: “It’s great to get out of the Bryn Mawr bubble by participating in real-world issues. It gives us a way to apply the things we learn at school in the real world."

Last academic year—its first—the club ran awareness campaigns on the national debt. “Seeing my peers express their concerns,” Mawoneke says, “made me realize that the Bryn Mawr campus is open 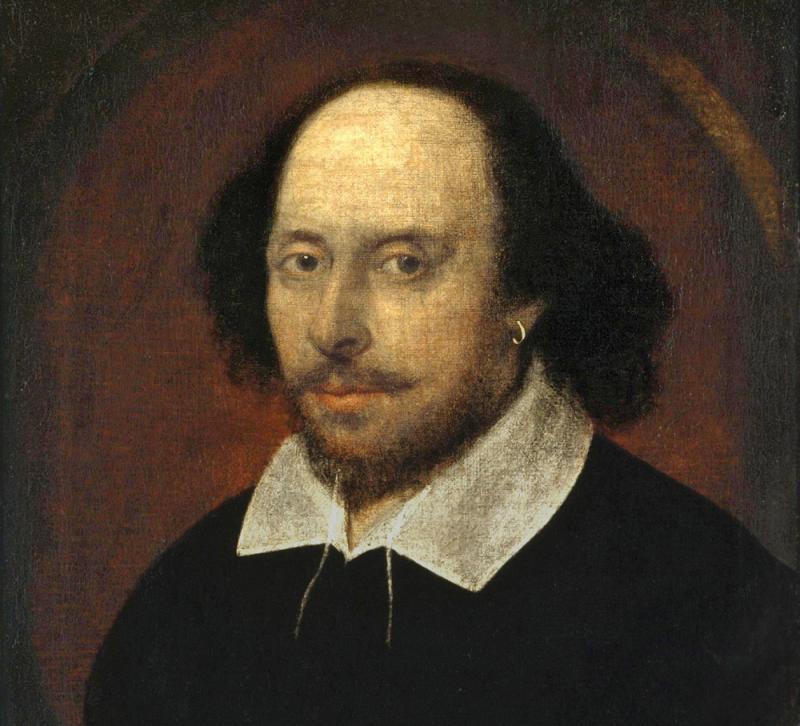 The international playwriting competition Shakespeare’s New Contemporaries Project is designed to inspire playwrights to compose companion pieces for each of Shakespeare’s 38 plays. The latest award has gone to Thrive, or What You Will by L M Feldman, a member of Bryn Mawr’s Creative Writing program. A riff on Twelfth Night, Feldman’s play is an epic tale about the first woman to circumnavigate the globe.