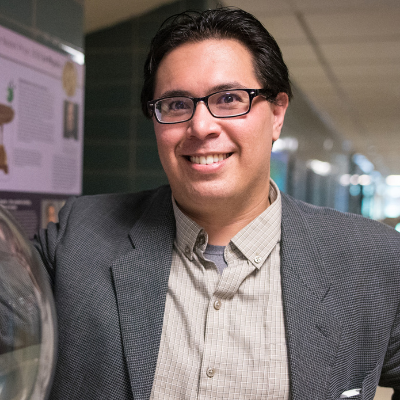 David Schaffner received his bachelors degree in physics (minor mathematics) from University of California, Los Angeles (UCLA) in 2006, and his master's and PhD degrees in physics, also from UCLA in 2007 and 2013, respectively.  After a postdoctoral fellowship in Department of Physics and Astronomy at Swarthmore College, he joined the faculty at Bryn Mawr college in 2015.

David's research interests include: Study of magnetohydrodynamic (MHD) turbulence in a laboratory plasma device. Analysis of fluctuations in magnetic field, fluid flows, density, and temperature of plasma is conducted using a wide variety of time-series and statistical techniques including spectral decomposition, Wavelets, probability distribution functions, temporal and spatial correlations, conditional averaging, and permutation entropy/statistical complexity. Goals include understanding the mechanisms involved in energy transfer and energy dissipation in MHD turbulence and making comparisons to simulations and satellite observations of heliospheric turbulence (such as that found in the solar wind and magnetosheath). Studies of turbulent suppression and transport mechanisms in edge plasma relevant to magnetic confinement fusion are carried out on the Large Plasma Device (LAPD), a joint NSF/DOE User Facility at the University of California, Los Angeles.