On "Jeopardy," on the red carpet, and around the globe.

Apparently a favorite of the Jeopardy! writing staff, Bryn Mawr made its third appearance on the long-running quiz show in June. “What is Bryn Mawr College?” has been the question for two answers over the past five years: “At this women’s college west of Philly, May Day festivities wrap up with a showing of The Philadelphia Story” (March 2017) and “This Pennsylvania College opened its doors for women in 1885 but seems to frown on the excessive use of vowels” (June 2015). This time, though, the College appeared as part of the answer to the question, “What are the Quakers?”

2. The Politics of Refusal

This spring, Political Science Professor Joel Alden Schlosser got an offer he couldn’t refuse: Support of his work on refusal. One of 81 recipients of a 2019 American Council of Learned Societies Fellowship, awarded to scholars for research in the humanities and related social sciences, Schlosser is dedicating his fellowship time to an exploration of how the philosophical asceticism of the Cynics, Stoics, and Epicureans might inform a broader politics of refusal today. “Ancient asceticism,” Schlosser explains, “raises questions about how today’s politics of refusal might better take up bodily and ethical practices to free subjects and collectives from domination.”

A global perspective is a hallmark of a Bryn Mawr education—and for much faculty research. Thanks to Bryn Mawr’s International Curricular Initiatives Committee, the following faculty received grants to support overseas research this past summer:

Min Kyung Lee (Growth and Structure of Cities): Milan and the Modern City: Bridging Design and History. To bridge curricula in studio design and architectural history, Lee turned to Milan as a site to develop a synthetic model of teaching the urban form.

Sydne Record (Biology): Demographic Trade-Offs in Parasitic Plants: Cheating Towards Success? With colleagues and a BMC student, Record compared two species of mistletoe at sites in the U.S. and the U.K. Data on the species’ establishment, survival, growth, and reproduction is being used to build models to estimate the relative importance of various demographic processes to the species.

Rosi Song (Spanish): How to Start a Dialogue: Racial and Cultural Diversity in Modern Spain. To learn how Madrid-based immigrant organizations are creating spaces for immigrants to culturally participate in Spanish society, Song and an undergraduate assistant met with activists, artists, and organizers of associations working with immigrants from Africa, Asia, and Latin Africa.

4. On the Red Carpet 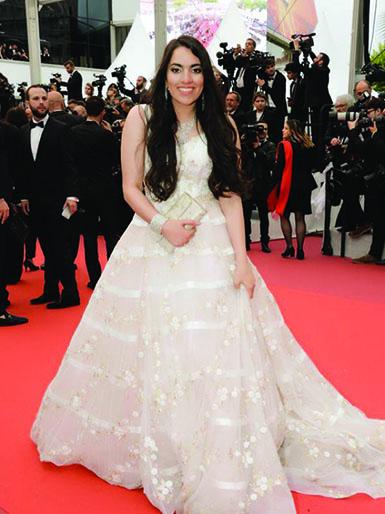 In Shadows, a short film by Indian director Sandesh Motwani, Kareena Mehta ’22 appears as a young mother grieving the loss of her children. For her work, she was named Best Young Actress in a Leading Role by the South Cinematographic Academy Film and Arts Festival—and got the chance to walk the red carpet at the Cannes Film Festival. 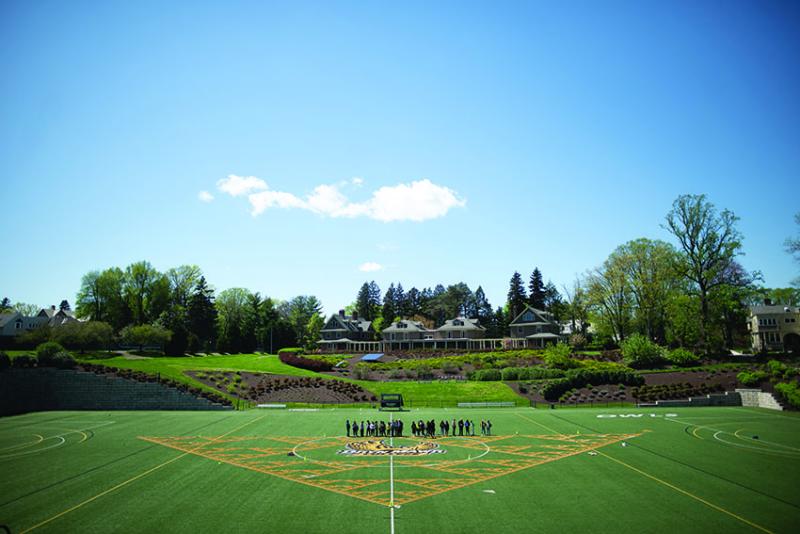 In 1915, Wacław Sierpiński first described the geometric fractal that would take his name: the Sierpiński triangle. More than 100 years later, Mathematics Professor Victor Donnay led a team of students from Bryn Mawr and beyond to build the world’s largest K’NEX Sierpiński triangle on Applebee Field. Three times as large as the previous record, the triangle was made up of 88,575 K’NEX pieces and measured 180 by 90 feet. With the aim of engaging elementary and high school students with the fun of mathematics, Donnay recruited volunteers from Overbook High School, the Science Leadership Academy at Beeber, and the ACLAMO Family Center.

Quotidian Pasts, an exhibit on display at the Institute for Contemporary Art at the University of Pennsylvania this summer, was a reconsideration of the trafficking of blackness through the colonial practices of collecting, commodifying, and exhibiting people and objectsfrom the African continent. The second presentation of Colored People Time, a three-part, yearlong project examining the past, present, and future of blackness in America, Quotidian Pasts was co-curated by Bryn Mawr Director of Museum Studies Monique Scott. Scott collaborated with artist Matthew Angelo Harrison and the University of Pennsylvania Museum of Archaeology and Anthropology on the exhibition, which addressed the complexities of collecting and displaying objects acquired by way of colonialism. The long history of the exploitation of both African people and their cultures is told through the configuration of a few small objects—a photograph, a journal entry, a letter. Featuring a newly commissioned work by Harrison, Quotidian Pasts asks: What confers authenticity? How does an object change when dislocated from its time and place within the context of the museum? 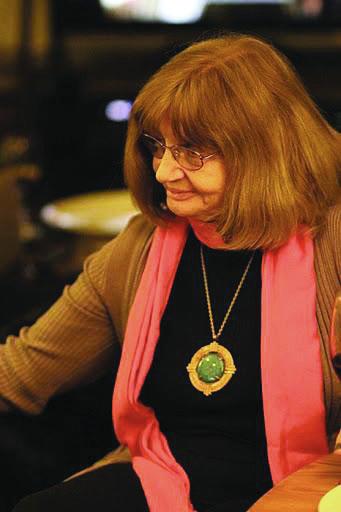 The American Academy in Berlin has awarded a 2019–2020 Berlin Prize to German Professor Azade Seyhan. During the semester-long fellowship in Berlin, Seyhan will focus on the encounter between professors exiled  from Hitler’s Germany and institutions of Turkish higher education that offered refuge. The exiles’ charge was to mediate Enlightenment ideals of modernity to the institutions of the young Turkish Republic. Exiles such as Ernst Reuter—a Weimar-era figure and later mayor of West Berlin—played a major role in the modernization of urban spaces and buildings as markers of a westernized Turkish identity.