Made up of 88,575 K’NEX pieces, the fractal triangle measured 180 feet by 90 feet. It was three times as large as the previous record, which was set at the 2016 Philadelphia Science Festival by a Donnay-led team. The triangle was made up of 19,683 smaller triangles, most of which had already been constructed by students at the participating schools and Overbrook Elementary School. The students spent a total of approximately 400 hours prior to Saturday's event constructing the triangles.

A Sierpinski triangle is a geometric fractal (or, infinitely repeating pattern) first described by Polish mathematician Waclaw Sierpinski in 1915. Sierpinski triangles occur at different levels, which refer to the number of times the pattern repeats. This triangle was at the 9th level and illustrates what a fractal is and how fractals are found in natural structures such as seashells, tree branches, and pinecones.

The project aims to engage elementary and high school students with the fun and excitment of mathematics. 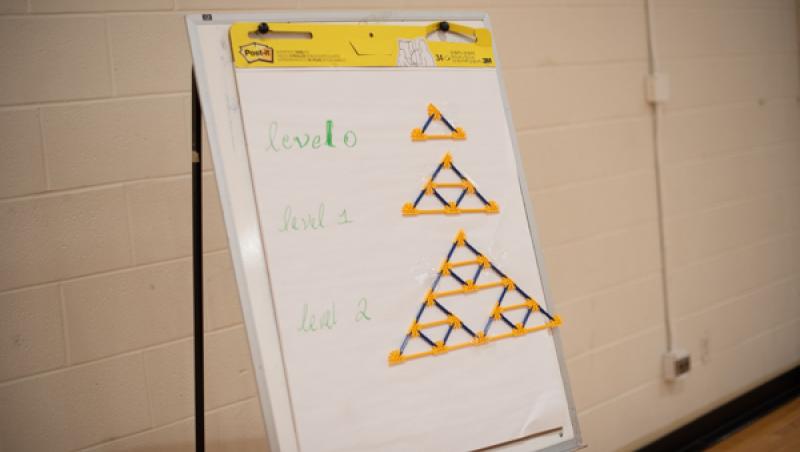 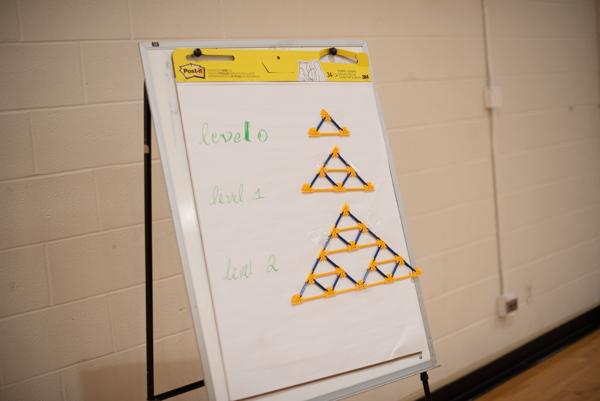 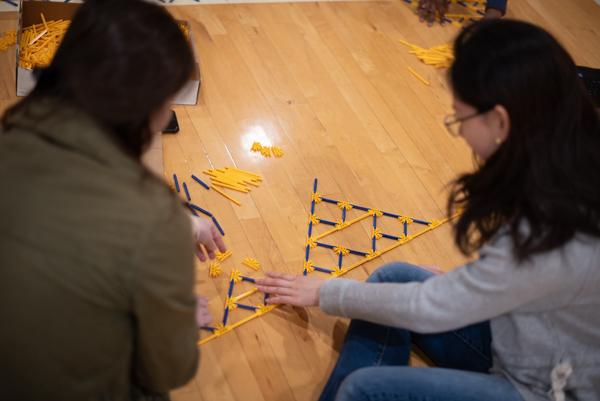 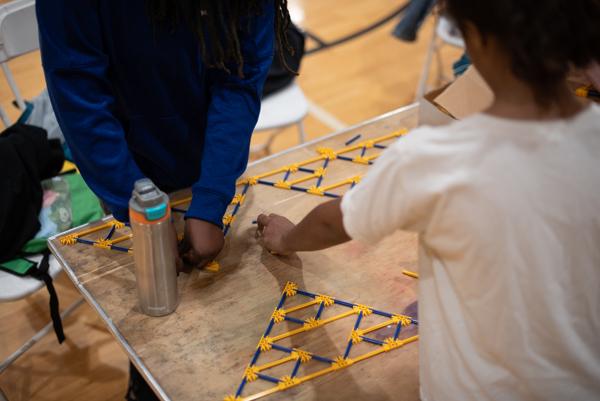 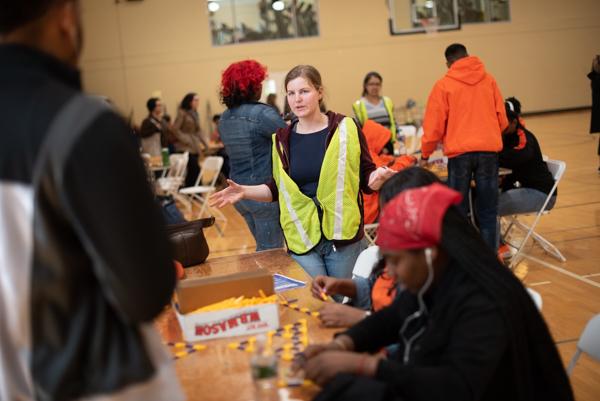 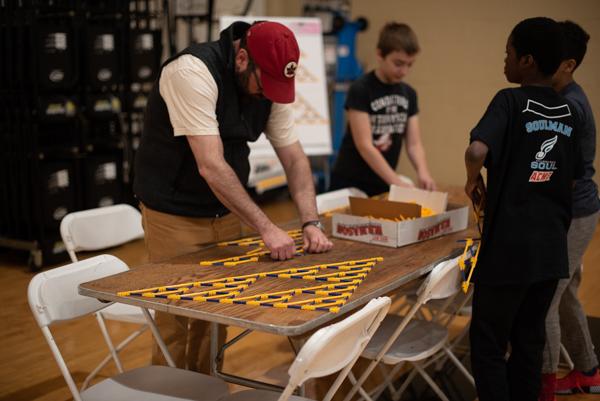 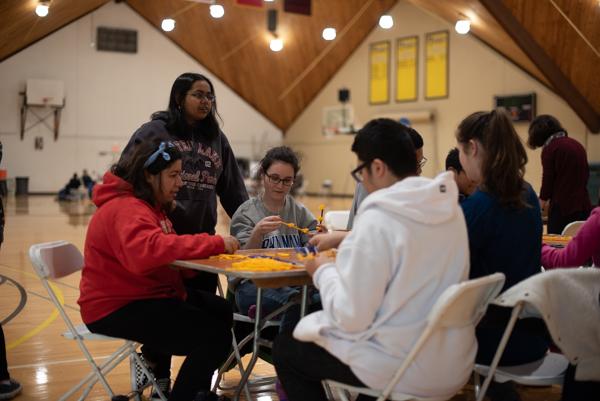 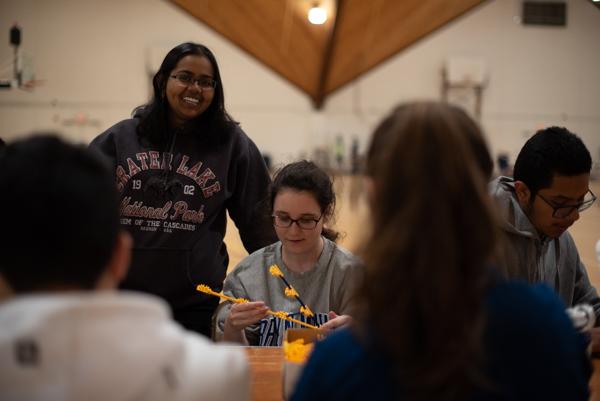 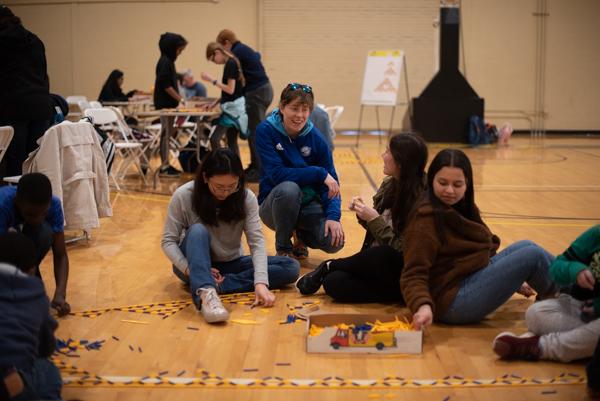 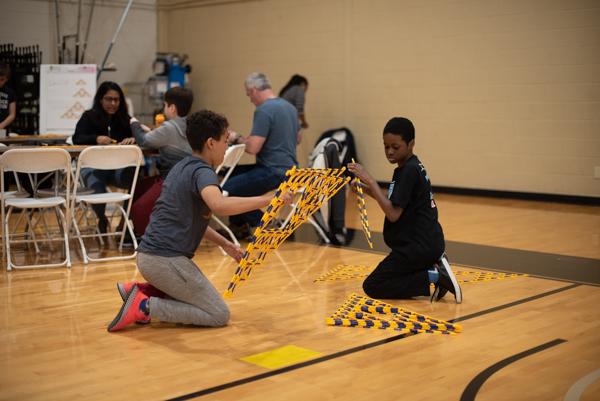 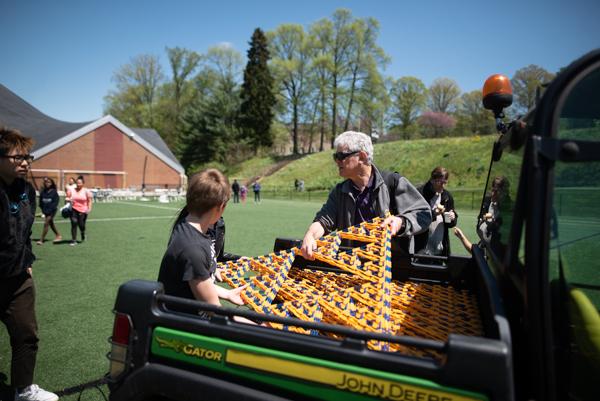 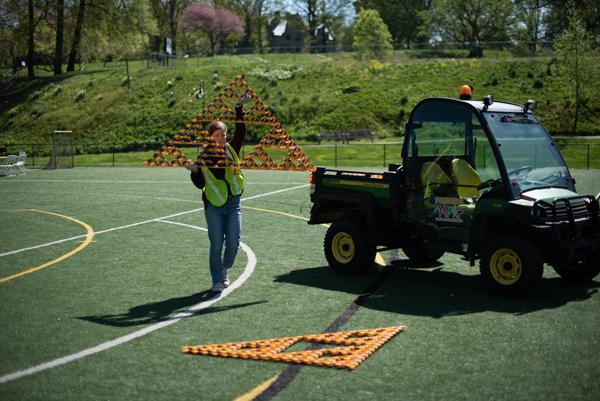 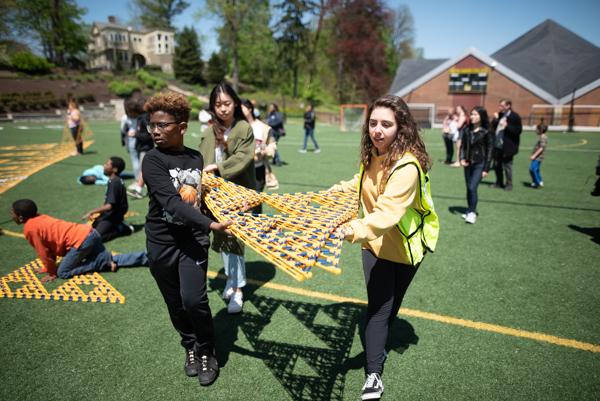 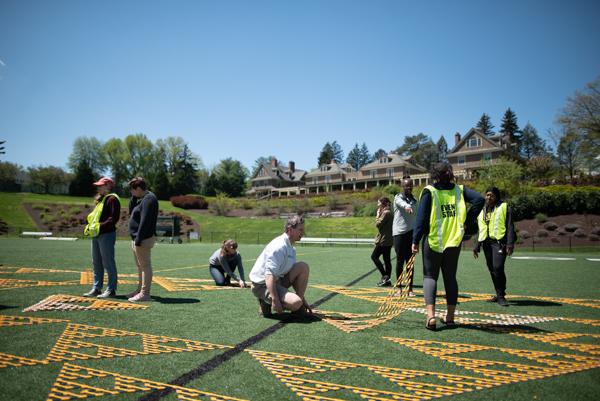 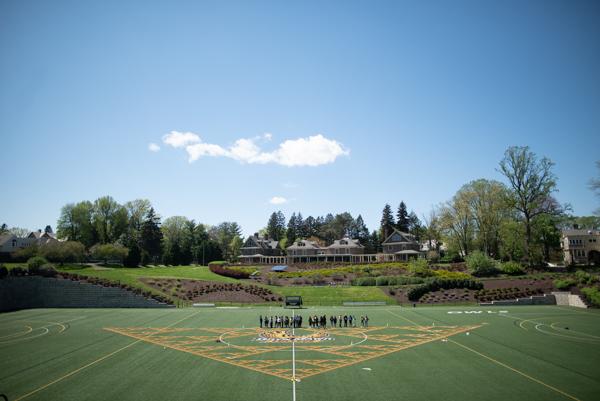