They Went Back to School

Two McBride Scholars reflect on their paths to Bryn Mawr.

By (As told to) Patricia Wilkins

The Katharine E. McBride Scholars are women over the age of 24 who are in the process of beginning or completing their college education. McBride Scholars participate in the same classes and programs as traditionally aged students.

In high school, I was groomed for fine arts but came to realize it wasn’t the path for me when I entered college. Accepting that I wasn’t going to be an artist was terrifying and made me feel extremely uncertain about my future. I took a long break from school.

During my time away I found that I missed academia—reading, writing, and class discussions. I enrolled in classes at Bucks County Community College. My English professor there pulled me aside and told me I had a talent for writing. That was an incredibly important moment as I realized I could integrate my past ambitions into my current ones: I could study history of art.

When the time came to transfer, my uncle, who went to Haverford, urged me to look at Bryn Mawr. I went on the tour and fell in love. I was convinced I wouldn’t get in and was happily proven wrong!

My first history of art class was illuminating. The Bryn Mawr approach made me realize that my previous understanding of art history was very superficial. The class I took before Bryn Mawr was a broad survey that didn’t get into cultural and social intricacies, political environments, or anything beyond the basics. At Bryn Mawr, I was called to question everything.

Imposter syndrome is something I deal with regularly. I am in constant awe of my peers; I marvel at their brilliance and wonder how I came to study in the same space. I’ll graduate in 2019 and hope to do the A.B./M.A. program in history of art. In the future I hope to pursue a Ph.D. and career in academia.

I was one of two students who did not go to college after graduating from Boston’s Girls’ Latin School. Instead, I trained to be an executive secretary. That career didn’t last long, but the skills I acquired helped me to get some creative jobs—publishing at Houghton Mifflin; operations manager at a small design firm; and, after a move to Philadelphia, facilities supervisor for a large corporation where I won an award from the then Pennsylvania Society of Architects.

Before Bryn Mawr, I was a project manager at a large chemical company. At age 53, I took its early retirement package and enrolled in the McBride Scholars Program. The decision was a bit jarring, but as Henry David Thoreau once said, “If a man does not keep pace with his companions, perhaps it is because he hears a different drummer. Let him step to the music which he hears, however measured or far away.” My goal was to get a master’s in counseling, but my love for the classics was reignited during my first year through the Latin Colloquia. So I adjusted my path and got a joint B.A./M.A. in Latin.

After graduation, I was employed as the meeting manager for the then American Philological Association and later as executive director of the Classical Association of the Atlantic States. I’m retired now but continue my lifelong love of poetry writing and have been a member of several writing workshops.

I am also engaged in a long-term project of translating the love poems of a 16th-century Dutch poet who wrote in Latin. In 2014, I moved to The Quadrangle and serve as the treasurer for The Quadrangle Board, which supports resident assistance. 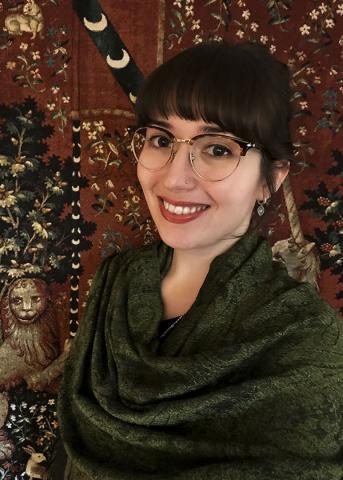