The Wisdom of the Body

At nearly 55, I’ve amassed a body of published work—and this work has damaged my body. When competitive keyboarding immobilized my right arm with tendonitis, I sought help from a physical therapist. After a season working the prescribed “thrower’s program,” my arm is back to normal, but I’m still trying to reconcile my new physical caution with my old sense of myself as invincible.

As Daphne Goldman ’82 puts it, “We all hold onto mental images of ourselves as young, healthy, and strong, even when it’s no longer the case.” An avid hiker and world traveler, she began experiencing terrible pain 10 years ago, whenever she walked or stood for long periods. Today, she says, “Just figuring out if I can make it from point A to point B with bearable pain is a daily issue. I keep a chair in the kitchen to use when I cook. My world has become much smaller.”

Though she laments gaining weight as a consequence of her suddenly sedentary life, the biggest blow to her self-image was receiving her accessible-parking card. “I don’t like thinking of myself as disabled, but it is what it is,” she says. “I’ve had to change the way I think of myself and the way I live.”

For Goldman, who has “never been good with the unknown,” this meant cultivating an attitude of acceptance, after years of consulting specialists and trying treatments including medication, surgery, acupuncture, a gluten-free diet, and water therapy. “Patience is a virtue, but not one of mine,” she says. “I came kicking and screaming to the realization that I may not find an answer.”

She has found relief through regular massage, and a way to cope by reframing situations to focus on what she can do. She can travel (more expensively, with a private guide to accommodate her need for breaks), attend Phillies games (with careful planning), take art photos (from her car window if necessary), and weave (on one of three looms she keeps at home). She’s grateful for a shared commute with her spouse and for employment in an organization expansive enough to normalize telecommuting.

I’m still trying to reconcile my new physical caution with my old sense of myself as invincible.

Her work as a trust and estates attorney, which previously involved advising clients compelled by parenthood or aging to face their own mortality, has made her more receptive to living in the moment. “Though my condition is chronic, it’s not really degenerative,” she says. “I’ve learned to be happy that it’s not something I could name that might be worse.”

At midlife, our bodies are a record of experience. “Who can say why one things sticks, another floats away?” asks poet Alison Hicks ’82 in At the Acupuncturist’s, comparing the practitioner’s needle to a pinpoint on a memory map. In new poems and a non-fiction work-in-progress, she taps and interrogates the migraine headaches she’s suffered since adolescence.

“I don’t get the auras, but I’ve always thought it would be cool to have those visions,” she says. “Part of me thinks there’s a mystical world beneath this one, and the other part is scientific. I can’t fully give myself over to romanticism, but I can’t live completely in the evidence world, either.”

Long misdiagnosed, Hicks’s migraines intensified after her son’s birth, bringing pain like a “spike in the back of my head” and a sensitivity to light and sound that interferes with her writing, teaching, and parenting.

Depending on their frequency and severity, she works through pain or treats it with a mix of Western and Eastern remedies: vitamins, Frovatriptan, nortriptyline, Botox injections, steroids, acupuncture, yoga, and meditation. Only recently did she begin to make use of her migraines as literary material.

“Migraines are a mystery,” she says. “More people have them than have diabetes, but there’s no way to compare yours to somebody else’s. We know the pain is caused by the triggering of the trigeminal nerve in the brain to release a cascade of chemicals that irritate and cause blood vessels on the surface of the brain to swell. But nobody knows why human beings have migraines.”

Who better than a Mawrter to mine the meaning from a disease that is both real and surreal, quite common yet entirely subjective? Speaking to the poet’s purpose, and to the reason for sharing the wisdom of our alumnae body, Hicks says, “My migraines are an early-warning system for any change—in hormones, humidity, or stress. Maybe there is an evolutionary advantage to having some of us stay home in the dark, quiet cave every now and then.” 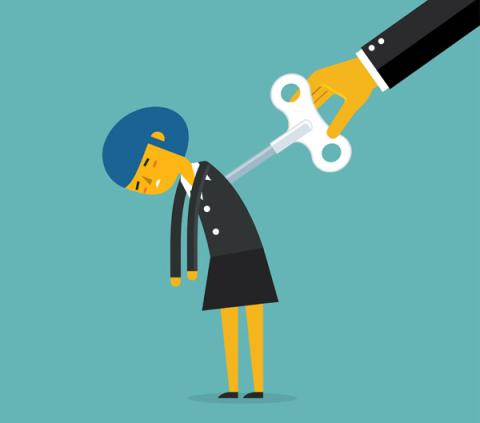