A Woman of Peace

Describing herself as “only the plainest of New England spinsters and ex-teachers,” she was nonetheless a force to be reckoned with.

A member of Bryn Mawr’s first graduating class of 1889, Emily Greene Balch devoted her early career to what she called “the real business of our times—the realization of a more satisfactory economic order.” In practice, that found her working at a settlement house in Boston and later as professor of economics at Wellesley.

Then came the war.

On sabbatical, Balch traveled to The Hague for the 1915 meeting of the International Congress of Women (later the Women’s International League for Peace and Freedom). There, she helped draw up a set of peace proposals and joined a delegation to Scandinavia. On her return home, she worked against U.S. entry into the war.

Pacifism came at a price, though. At war’s end, Wellesley declined to renew the contract of their anti-war activist. At 52, Balch found herself out of work.

But the war had given her a new sense of purpose, and after a short stint at The Nation, she devoted herself to the peace movement. She served as the Women’s International League’s secretary; opened its Geneva, Switzerland, headquarters; and reveled in “the comradeship with women working for peace all over the world.”

It took another shattering world war for Balch to receive recognition for her peace work. In 1946, she shared the Nobel Peace Prize with John R. Mott, then head of the YMCA.

Balch donated her share of the prize to the Women's International League for Peace and Freedom.

“It is a hard thing to stand against the surge of war-feeling, against the endlessly reiterated suggestion of every printed word, of the carefully edited news, of posters, parades, songs, speeches, sermons ... Consciousness was uneasy, as well it might be. Where is the line dividing inner integrity from fanatical self-will?”

—Emily Greene Balch in the May 1933 Alumnae Bulletin 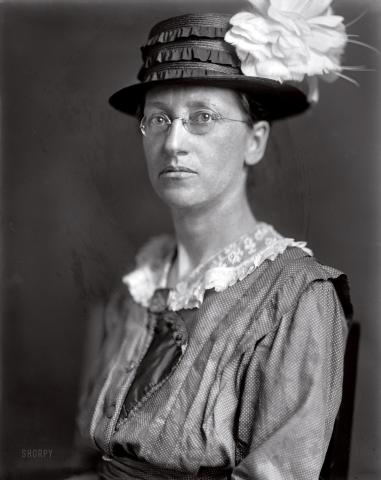 The Balch Seminars, taken by all first-year students at Bryn Mawr College, challenge students to think about complex, wide-ranging issues from multiple perspectives.