The primary purpose of the Board of Advisors is to advise and assist the Dean of the School and the President of the College in carrying out the School's strategic plans by ensuring there are the resources necessary to carry out its mission.

Kary A. James, M.S.W., Chair of the Board of Advisors 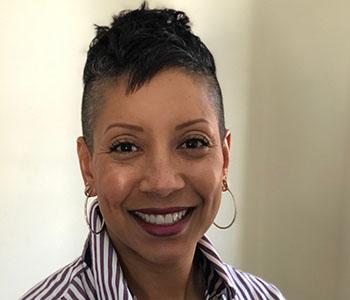 Kary A. James is Vice President, Equity & Inclusion for ICF. In this role, Kary is principally responsible for the design and execution of the firm’s Public Sector Group equity, inclusion and justice agenda and chairs the Black Employees Community Network. For over two decades, Kary has devoted her professional career to creating equitable, diverse, and inclusive cultures within systems and organizations. Her expertise in systems improvement, workforce development and implementation science are grounded in serving as an executive leader in the public and private sectors at the Federal, State, and local levels. Driven by a belief that sustainable social impact is grounded in an organizational culture of learning, innovation, respectful engagement, and effective collaboration, Kary’s essential work is advancing an anti-racist advocacy framework in leadership development, organizational cultures and strategy development and planning.

Kary also led as the Executive Director of the largest federal child welfare contract that serves as the nation’s hub for national best practices and policy in child protection and foster care. Kary’s leadership journey also includes serving as the Executive Director of the Social Services Administration for the State of Maryland and Director of the Technical Assistance Unit at Casey Family Programs, the nation’s largest operating foundation solely dedicated to foster care. In these leadership roles, Kary not only honed her executive leadership footprint but also her expertise in executive and team coaching, strategy design and implementation, and project management to government, human services, public sector, and non-profit organizations

Embodying the full meaning of servant leadership, Kary infuses Inclusion, Diversity, Equity and Accountability (IDEA) in coaching executive and emerging leaders in cultivating executive presence, balancing assertiveness, and diplomacy, impacting, and influencing others, establishing powerful networks of diverse stakeholders and leading organizational change. Kary’s leadership imperative is “supporting leaders to show up with everything they are that contributes to the excellence of their organizations and people experience”. Her commitment to holding brave space for leaders to ignite inclusion, justice, equity, creativity, and passion in their leadership journey is how Kary lives a purpose driven life.

With an expertise in racial justice and equity, organizational leadership, system re-designs and strategic thinking, Kary holds an M.S.W from Norfolk State University and a B.S in Sociology and Criminal Justice from Old Dominion University. 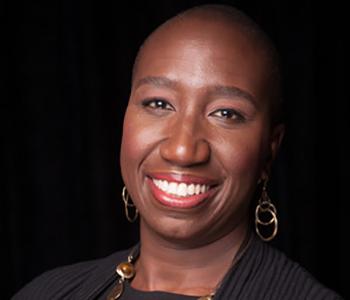 Cynthia Chalker, MSS, LCSW, is a Black, Queer-identified Clinical Social Worker and Psychoanalyst who lives and works in New York City.  Her private practice, research and writing interests include the intersection of race, culture and identity in psychoanalysis. She is an Associate Editor of Psychoanalytic Dialogues, an instructor at the National Institute for the Psychotherapies (NYC), and until recently, on the board of Manhattan Institute for Psychoanalysis. She is published in several psychoanalytic journals and presents at conferences in the United States and internationally. She is a Board Trustee of Bryn Mawr College.

Prior to establishing her private practice, Cynthia worked in executive positions for BIPOC advocacy and inclusion in various education organizations, including Bryn Mawr College, as Acting Director for the former Office of Institutional Diversity; Trinity School and Friends Seminary, both K-12 Independent Schools in New York City. Cynthia holds a BA from James Madison University and a Masters of Social Service and a Masters of Law and Social Policy from Bryn Mawr College Graduate School for Social Work and Social Research. 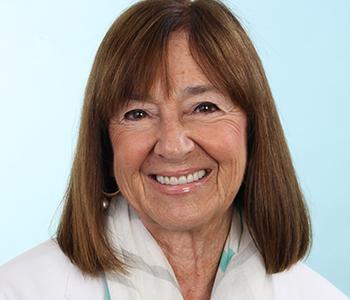 Chairperson of the board, Foundation Academy, Trenton, N.J., and Fisherman’s Mark, Lambertville, N.J. 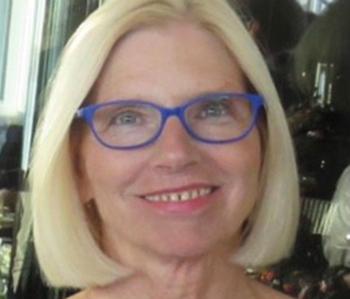 Jacqui Griffith received a MSS with a clinical focus from the School of Social Work in 1981. Her undergraduate degree is from Barnard College. After graduation, Jacqui worked in child welfare and following a move to Pittsburgh, was the chief social worker on the inpatient child unit at
Western Psychiatric Institute and Clinic. Subsequent inpatient work included a position as a social worker on the adolescent unit at the Allentown Hospital, now part of the Lehigh Valley Health Network. For several years she was an undergraduate admissions reader at Princeton University. Jacqui also subsequently received an additional master’s degree from Drew University.

Jacqui has been deeply involved in nonprofit work in the New Hope/Philadelphia communities and have held multiple board positions in a variety of organizations. These have included arts organizations, libraries and conservation groups. She is currently chairperson of the board of Foundation Academy, a K-12 charter school in Trenton serving 1,000 students, as well as Fisherman’s Mark in Lambertville, N.J., which provides basic services (food pantry, resource referrals) to a largely undocumented community. Other current affiliations include the Free Library of Philadelphia, the advisory board of the Betsy Ross House and “informal advisor” to Episcopal Community Services.

Jacqui has served on the Alumnae Council at Bryn Mawr College representing the School of Social Work as well as several committee positions at Barnard.

Jacqui is married with 2 adult children, one grandchild and one very active Westie. 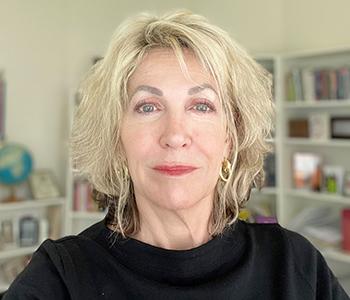 M. Katherine Kraft (Kate) is a nationally recognized expert on the impact of the built environment on health outcomes.  She is immediate past Executive Director of America Walks and was the founding Director of the EveryBody Walk! Collaborative at America Walks. America Walks is the only national organization focused on cultivating local and state walking and walkable community champions to push for safe, accessible, equitable places to walk and move.

Prior to leading America Walks, Kate worked as a planning and program consultant with local foundations, national organizations and research groups developing and evaluating local community change efforts and designing comprehensive prevention initiatives. The hallmark of her work is implementing policy and environmental changes at the local level, including the development of cross-sector coalitions.

Before that, she spent a decade as a senior program and evaluation staff member of the Robert Wood Johnson Foundation (RWJF).  While at RWJF, Dr. Kraft was involved in developing several of the foundations major initiatives designed to promote healthy behavior.  Specifically, she was the chief architect of the Active Living research, community change and leadership portfolio.  These programs worked to link public health, urban planning and community development to improve health outcomes and have been models for the nation’s efforts to address obesity and prevent chronic disease.

Kate speaks and writes about the impact of the built environment on health and why place matters. Dr. Kraft received her Ph.D. in social work and social research from Bryn Mawr College and was a Lenard Davis Fellow in health economics at the University of Pennsylvania. Prior to joining RWJF, Dr. Kraft was on the social work faculty at Rutgers University. 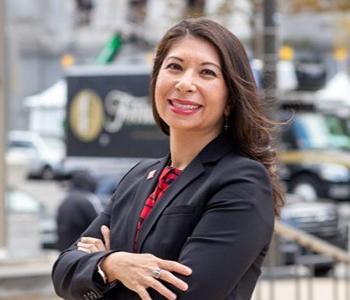 Romana Lee-Akiyama was appointed by Philadelphia’s Mayor James F. Kenney to serve as the Executive Director for the Mayor’s Office of Public Engagement in November 2021.  Lee-Akiyama joined the City in March 2020, initially serving as Director of Multicultural Affairs at the Office of Immigrant Affairs before being promoted to Deputy Director in December 2020.  Lee-Akiyama’s work at the City has focused on building systems and communities of belonging and inclusion, empowering residents to better engage with each other and with their government.  Throughout her career, she has led critical engagement with diverse constituent groups, engaging a wide audience and facilitating bridge-building across different ethnic and racial groups. In the wake of anti-Asian hate and violence, she spearheaded a City-wide and cross-departmental strategy group to curb racialized violence in Philadelphia.  Lee-Akiyama is a mission-driven leader who brings more than 20 years of experience in the government, nonprofit and philanthropic sectors.  Before joining the City of Philadelphia, she most recently worked at Eisenhower Fellowships from 2016 to 2020, where she led key strategic initiatives to drive global engagement across the network of 1,600 Eisenhower Fellows in more than 110 countries.  Lee-Akiyama holds a BA in International Relations from Tufts University and both a Master of Social Services and a Master of Law and Social Policy from the Graduate School of Social Work and Social Research at Bryn Mawr College. 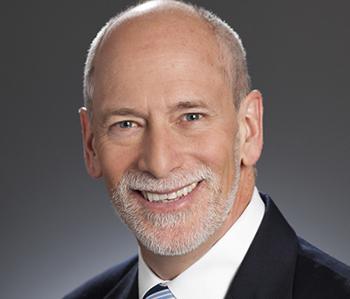 A respected clinician and public sector leader, Patrick McCarthy joined the Annie E. Casey Foundation in 1994 to manage its Mental Health Initiative for Urban Children, a five-year, $20 million effort to provide high-quality community-based mental health services for children in four high-poverty communities. With a career serving in multiple capacities in the mental health and human services fields, McCarthy brought to Casey a broad perspective on what children, families and systems need to prosper. Throughout his tenure, he has led efforts to improve human services practices and policies to boost positive results for the nation’s most vulnerable kids and families. He held positions of increasing responsibility before being appointed the president of the Foundation, replacing Doug Nelson in 2010. Before joining the Foundation, McCarthy held positions ranging from psychiatric social worker and head of a school for youth with emotional and behavioral challenges to university professor and division director at the Delaware Department of Services for Children, Youth and their Families. He holds a master’s degree in social work from the University of Pennsylvania and a Ph.D. from the Bryn Mawr College Graduate School of Social Work and Social Research. 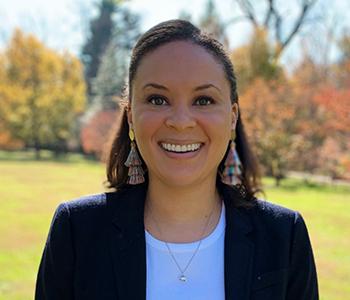 Robia Smith-Herman, LCSW, currently works at Drexel University as a Staff Therapist and the Embedded BIPOC Specialist and with the Center for Hope and Health, LLC in Ardmore as a therapist. She received her Bachelor’s in Psychology and Africana Studies from Gettysburg College, and her Master’s in Social Service from the Graduate School of Social Work and Social Research at Bryn Mawr College. Prior to working at Drexel University, she worked at the Renfrew Center of Radnor as the Team Leader and Student Internship Supervisor, including supporting GSSWSR students. Originally from Silver Spring, Maryland, Robia has lived and worked in the Philadelphia area for the last 10 years. 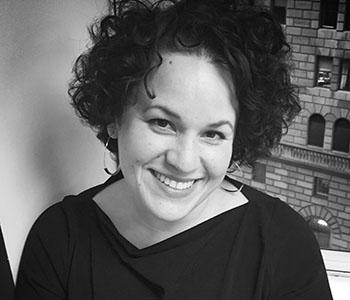 Lorelei Atalie Vargas is responsible for administering the Administration for Children’s Services' first division dedicated to using a two-generation approach to strengthen programs, leverage existing resources and build on the assets that are inherent in communities across New York City. She also oversees the subsidized early care and education system, where she has successfully led significant reform. She earned her AB from Bryn Mawr College in 1994 and holds two master's degrees from the University of Michigan in Ann Arbor.