Kimberly Wright Cassidy has served as President of Bryn Mawr College since 2014. A faculty member at Bryn Mawr since 1993, Cassidy served as the College’s Provost from 2007-2013. 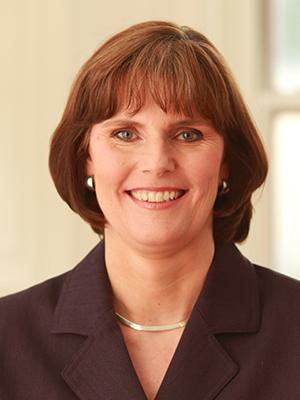 As both Provost and President, Cassidy has promoted academic innovation, and has partnered with faculty to develop new academic programs and new approaches to teaching in a liberal arts context. Under her leadership, Bryn Mawr has created its distinctive multi-disciplinary “360°” course clusters; added new interdisciplinary academic programs and majors, including Neuroscience, Data Science, and International Studies; and worked with Haverford and Swarthmore Colleges to develop “TriCo Philly,” a collaborative academic program based in the city of Philadelphia. She has embraced the possibilities offered by digital tools to enhance traditional classroom and laboratory experiences through blended learning, and worked with colleagues to build curricular and co-curricular opportunities for all students to gain critical digital competencies.

Cassidy led development of Excellence in Action, a strategic vision for Bryn Mawr’s undergraduate college, as well as initiatives to enhance the College’s distinctive, select graduate programs. She has also forged a broad institutional commitment to advancing diversity, inclusion, and equity.

Her presidency has been marked by strong fiscal management and growth in financial resources. At the end of fiscal year 2022, Bryn Mawr’s endowment was valued at $1.2B, and the College completed its most successful fundraising campaign in history, exceeding its goal by more than $50M. Increased financial support for students was a major focus of the campaign, which generated more than $60M in new endowed scholarship funds; enabled reduction of loan and summer savings expectations for students receiving need-based aid, including elimination of loans for families earning under $60,000/ year; and funded creation of the Career and Civic Engagement Center and hundreds of new internships.

Cassidy is a public advocate for gender equity, with a focus on equity issues in STEM disciplines and workplaces.

Prior to her appointment to Provost, Cassidy was a member of Bryn Mawr’s Department of Psychology, serving as chair from 2004-2007. Her research and teaching focus on developmental psychology, with a particular interest in children’s development of theories about the minds of others. She continues to teach Educational Psychology every fall. Cassidy earned her M.A. and Ph.D. in psychology from the University of Pennsylvania and a bachelor’s degree with distinction in psychology from Swarthmore College. 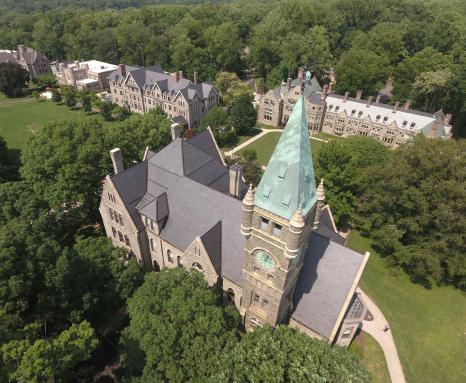