Joining Harris in the conversation were PA Congresswoman Mary Gay Scanlon and actor Sophia Bush, who has been an outspoken advocate for greater access to reproductive care. Brief introductory remarks were given by Bryn Mawr President Kim Cassidy, who echoed remarks from the NYT letter to the editor she co-authored, Assistant Secretary for Health Rachel Levine, and a number of state and local officials. 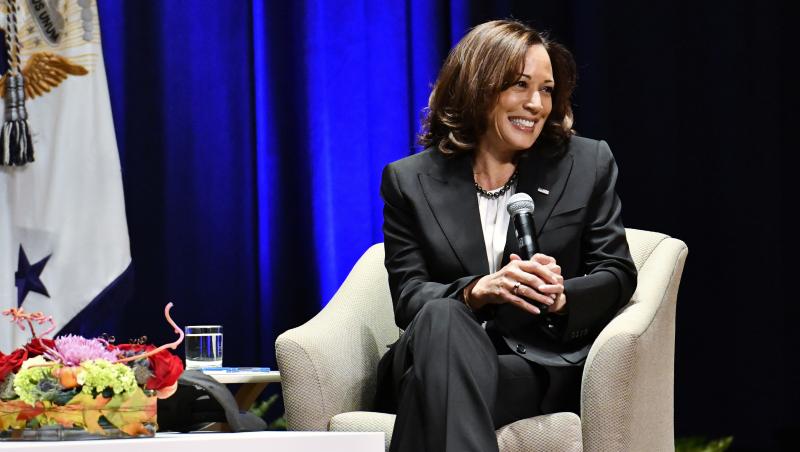 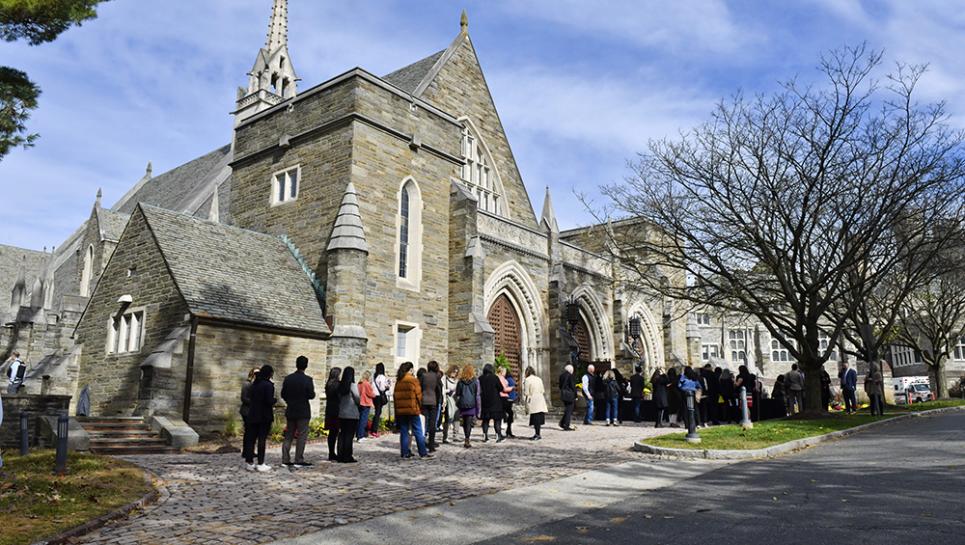 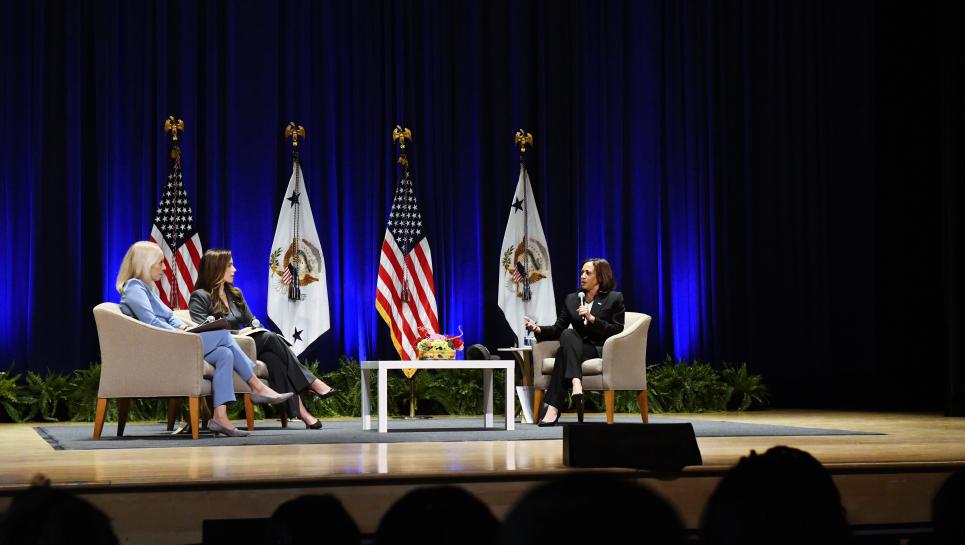 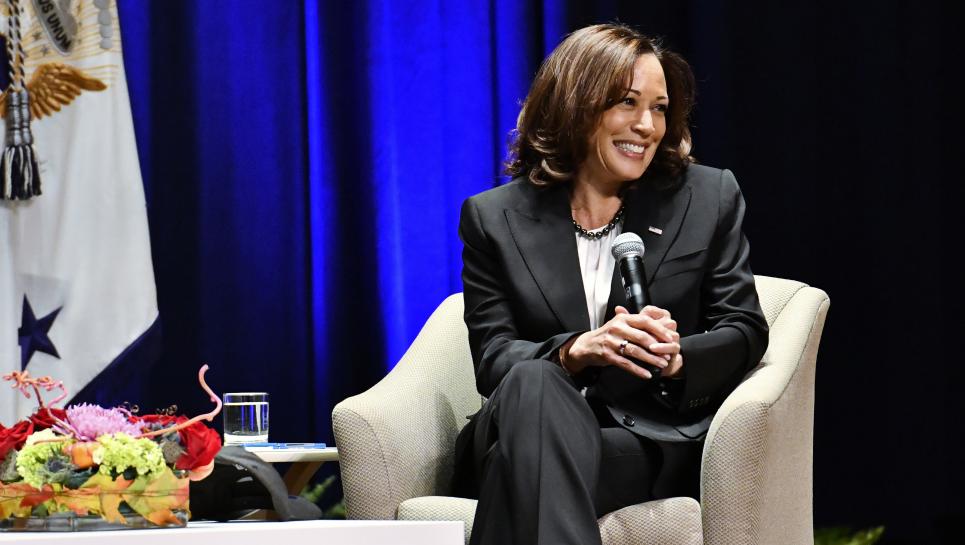 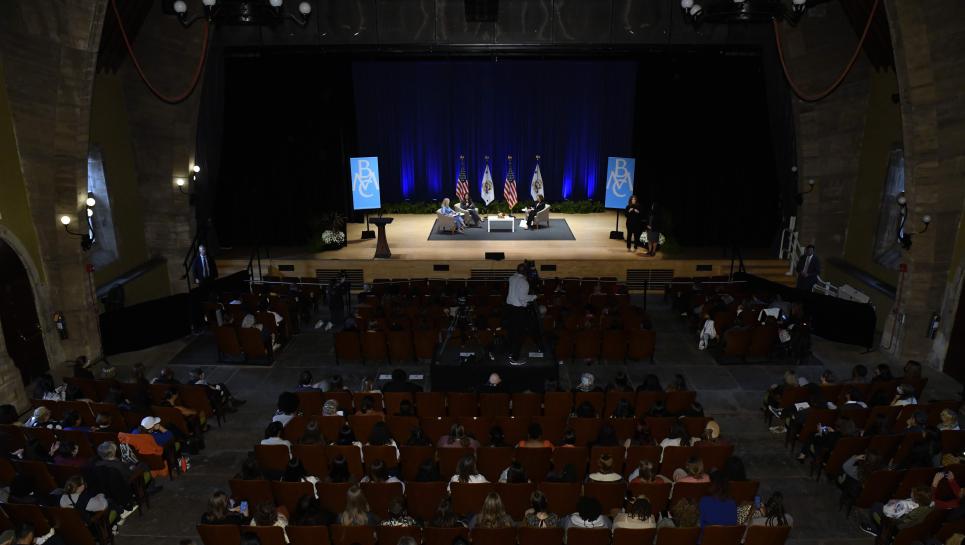 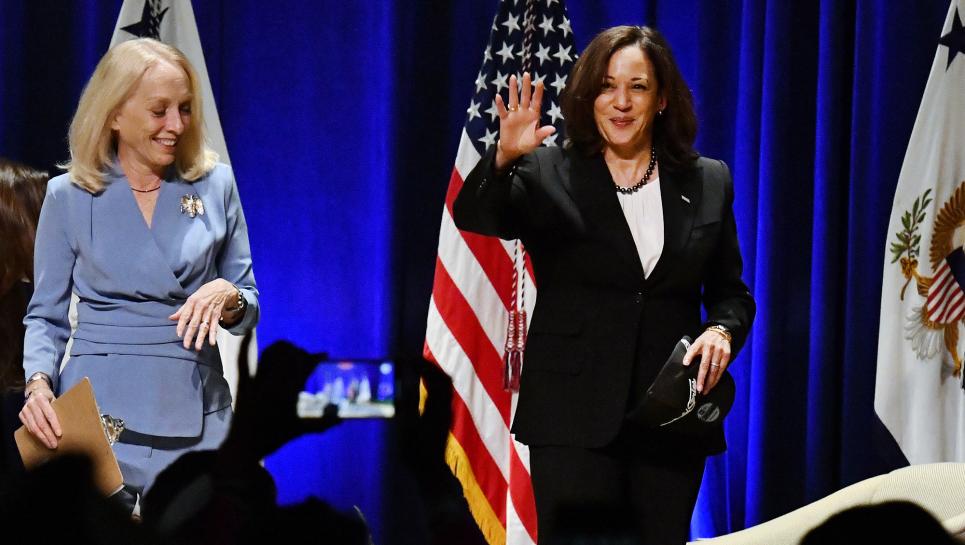 "What we are now seeing as a result of the Dobbs decision are laws that are being proposed and passed around our country that would criminalize healthcare providers—literally doctors, nurses, other healthcare providers—send them to jail," Harris told the hundreds of students and community members that filled Goodhart Hall for the event.

In discussing how the Dobbs decision has moved the political debate and decision making to the state level, Scanlon brought up Pennsylvania Senate Bill 106, which was passed during a late-night legislative session in July before summer recess.

While it was unavoidable for the speakers to touch on the importance of the upcoming election, Harris talked about the need for a coalition that transcends political divisions.

"There was a movement that was started by people generations ago that culminated in Roe v. Wade. It is now incumbent on us, who are under this roof together right now, to pick that movement up and to carry it forward," said the Vice President.

"Do what you’re already doing. I know who this college is. I know who you are. This is a roomful of leaders," — Vice President Kamala Harris.

At the end of the conversation, Bush asked Harris what her message was for the students in attendance.

"Do what you’re already doing. I know who this college is. I know who you are. This is a roomful of leaders," Harris replied. "And do it knowing that we need you. We’re not only counting on you; we really need you. The best movements in our country that have been about the expansion of rights, in my opinion, have been led by students and certainly fueled by students. So, do what you do. And I thank you."

Among the students in attendance was Emme Law '24, of Langhorne, Pa.

"Being in a room with women in power was a memorable and once-in-a-lifetime opportunity. I can tell people I was in a room with the first female Vice President," said Law after the event. "Hearing Vice President Kamala Harris and Congresswoman Mary Gay Scanlon talk about a person's right to reproductive health made me feel heard as an individual with a uterus. As a Pennsylvania resident, this is a scary time for reproductive rights. A person’s right to choose is on the ballot, yet seeing the passion and overarching support for reproductive rights in that room made me feel confident that this is not the end of this discussion but the beginning." 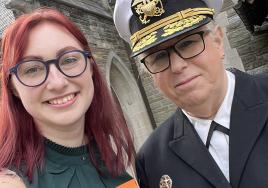 Emme Law '24 offers a student perspective on the event and getting to meet United States Assistant Secretary for Health Rachel Levine.

Video of the Event