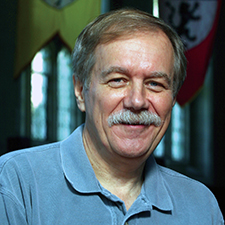 International economics in Asia, with a focus on the environment, development, democracy, and industrial policy

His most recent books include two published by Oxford University Press. The first published in 2017 is titled Dictators, Democrats and Development in Southeast Asia: Lessons for the Rest. A description of the book can be found here: https://www.brynmawr.edu/news/professor-economics-michael-rock-dictators-democrats-and-development-southeast-asia. It focuses on how dictators and democrats in three Southeast Asian countries, Indonesia, Malaysia and Thailand, fashioned unique development strategies that enabled them to achieve and sustain rapid shared growth..  The second published in 2015 is titled China’s Technological Catch Up Strategy: Industrial Development, Energy Efficiency and CO2 Emissions and it focuses on the impact of high speed technological learning in China’s energy intensive industries on CO2 emissions. A third book published in 2005 by Oxford University Press and titled Industrial Transformation in the Developing World focuses on policy integration in developing East Asia or the integration of industrial technological upgrading policies with industrial environmental improvement policies. An earlier book, titled Pollution Control in East Asia (2002), and published jointly by Resources for the Future and the Institute for Southeast Asian Studies examines the degree to which governments in north and southeast Asia have built effective command and control environmental agencies and integrated them with the institutions of industrial policy.

Rock is currently working on a new book tentatively titled Democracy, Development and Islam. The book focuses on the relationships between democracy, development and Islam in a number of majority Muslim countries in Southeast Asia and the Middle East and North Africa.

Rock has taught at Mount Holyoke College, Bennington College, the University of Denver, and Hood College.