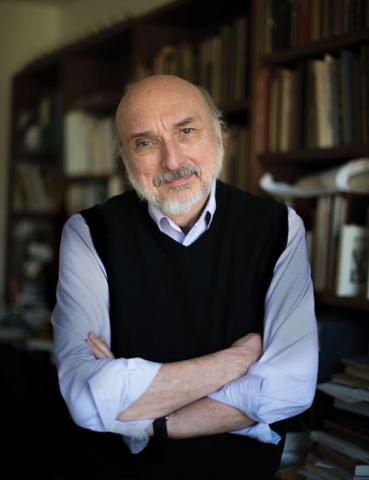 History and distribution of books from the Early Modern period.

Eric Pumroy was head of the Special Collections Department 1999 until his retirement in 2022. Prior to coming to Bryn Mawr, he directed the museum, library and public programs at the Balch Institute for Ethnic Studies in Philadelphia. He is a past president of the Philadelphia Area Consortium of Special Collections Libraries and has been an active participant in many region-wide projects relating to historical collections. He has published and presented papers on immigration history, and is co-author of Research Guide to the Turner Movement in the United States (Greenwood, 1996) on a major German immigrant organization. He is also author of the chapter on Bryn Mawr in Founded by Friends: The Quaker Heritage of Fifteen American Colleges and Universities (Scarecrow, 2007). His current research focuses on fifteenth century printed books and their ownership histories, and he is also working on the history of slavery at the 1704 Harriton House in Bryn Mawr. He has graduate degrees in Early Modern European History and library science from the University of Chicago, and a B.A. from Earlham College.