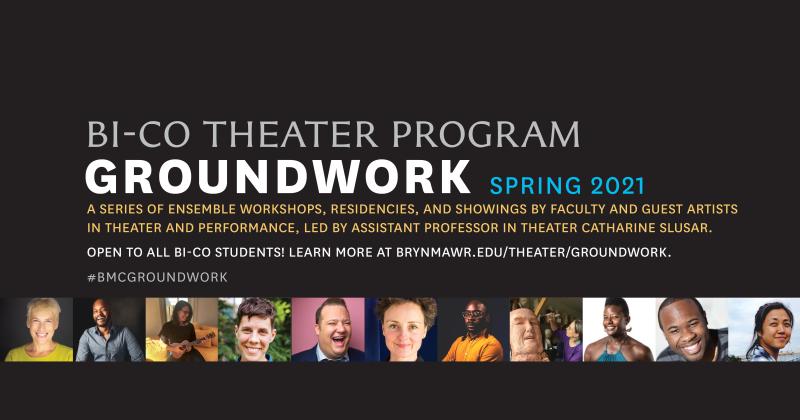 Groundwork was a series of ensemble workshops, residencies, and showings by faculty and guest artists in theater and performance presented in the Spring 2021 semester. Led by Assistant Professor in Theater Catharine Slusar, Groundwork featured many guest directors and workshop leaders in one- or two-week workshops, some in-person, some remote. Members of the Theater Performance Ensemble classes had priority for these workshops, with some open individual workshops open to all Bi-Co students. 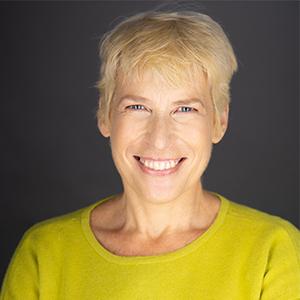 Associate Professor in Theater Catharine Slusar teaches many kinds of acting classes and directs students in Performance Ensemble courses. A Haas and Barrymore award-winning actor, Slusar is well-known to Philadelphia audiences through her work with Theater Exile, FringeArts, InterAct, and the Arden Theater, among others. Internationally, she has performed in Moscow, Norway, and France. As a director, she likes to play with extreme physicality and often works in several languages. Her research focuses on the power of the embodied mind and the transformation of our notion of self — socially, politically, and personally. She has a B.A. from Yale and an M.F.A. from Goddard. 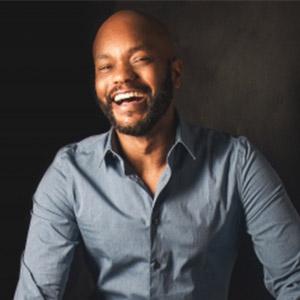 Choicework® is a unique creative process originally designed to build character onstage, an exploration of identity that also serves the actor offstage.

Creator Forrest McClendon says, “This workshop is about race and racism — the difference between them, celebrating the former and confronting the latter.” An accomplished actor and singer described as “brilliant” by The New York Times and "fascinating and continually surprising" by Philadelphia Magazine, McClendon is a Tony® Award nominee, a Barrymore winner, and a Lunt-Funtanne fellow and is set to appear in Keenan Scott II’s Thoughts Of A Colored Man on Broadway when theaters reopen. He currently teaches as a guest artist at the Eugene O'Neill Theater Center. 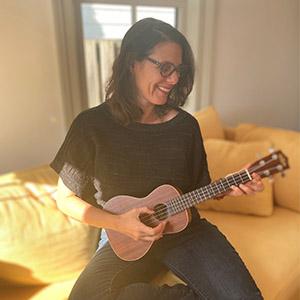 Jessica Cerullo is the Artistic Director of the Michael Chekhov Association, the editor of its publication Chekhov’s Lessons for Teachers, and a featured actor in the ‘Master Classes in the Chekhov Technique’ video series. Her socially engaged work focuses on the embodied voice and is grounded in somatic and contemplative practices. She earned an M.F.A from Naropa University and is a graduate of the National Theater Institute and its Moscow Art Theatre Semester. Cerullo was a tenured professor in theater and dance at Whitman College from 2009 to 2020. 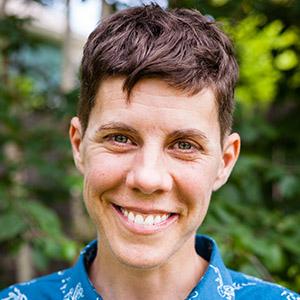 A crankie is a storytelling art form. A scroll is wound onto two spools and then hand-cranked while a story is told, or a song is sung.

Eli Nixon (they/them) is a settler-descended transqueer clown who collaborates on imaginative interventions through cardboard constructionism, playwriting, and choreography. They have collaborated with Pig Iron Theater and Bread & Puppet and their work has been shared at St. Anne’s Warehouse and First Person Arts. A founder and co-facilitator of the Anti-Racism Working Group for White Parents at The Gordon School, they are a member of Art Equity’s 2019 cohort of artist-activists. Nixon has an M.F.A. in Writing for Performance from Brown and an M.F.A. in Interdisciplinary Art from Goddard. 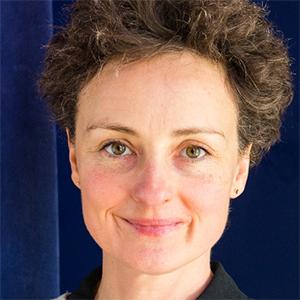 Droznin Movement Technique: A Russian movement technique created by Andrei Droznin that incorporates dance, acrobatics, and mime to enhance and connect an actor’s mind and body.

Rachel Jett, faculty member at the National Theater Institute since 1998, is an alumnus of NTI, NTI-Advanced Directing, and the Moscow Art Theatre Semester. Jett, the first American aspirant to the master teacher of movement at Moscow's Vakhtangov Theater and one of few teaching practitioners of his method, has offered Droznin workshops at Julliard, Wheaton, Wellesley, and Smith. A lyricist/librettist, she was a 2006 Baryshnikov Fellow and a Stanislavsky Theater Studio company member. She recently appeared in The Body Artist at Abrons Arts Center and Duke University. Jett received an M.F.A. in Musical Theater Writing at NYU's Tisch School of the Arts. 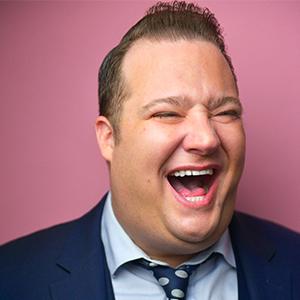 Josh Lamon recently originated the role of ‘Sheldon’ and performed the role of ‘Barry’ in the Tony®-nominated musical The Prom. Previously, he originated the role of ‘Buster,' town mayor and keeper of the groundhog, in the Tony®-nominated musical Groundhog Day. Lamon is known for other scene-stealing work on and off Broadway in hits Finding Neverland, Hair, Into the Woods (opposite Amy Adams), Little Miss Sunshine, and A New Brain. He has appeared on hit shows 30 Rock and Inside Amy Schumer and played “Craigory” on Hulu’s Deadbeat. His first original musical Bloody Bloody Jessica Fletcher: Murder She Wrote Live! is in development. 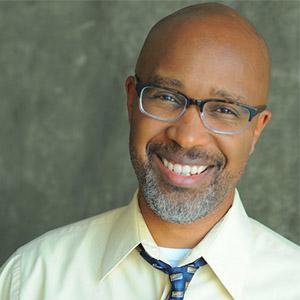 Steve Harper is a writer dedicated to exploring the “invisible things” that people are reluctant to talk about, like race, culture, spirituality, religion, and sexuality. His full-length play—Urban Rabbit Chronicles, a psychological thriller about ambition, faith, and creativity—is set to premier at Georgia Southern University. His Black Lives / Blue Lives, co-written with Bill Mesce Jr. and presented last fall by New Jersey's The Theater Project, explores each side of the police/race dynamic. Harpers's short plays include "Special Counsel" and "Iggie Imagines Marriage," presented by Dreamcatcher Repertory Theatre, among others. His readings and workshops have been presented by the Malibu Playhouse, Writers Guild of America West, Classical Theatre of Harlem, Roundhouse Theater, and the New York Theatre Workshop. His short films include "Three People," which he also directed (#WhileWeBreathe creative protest online); the comic spy drama "Intelligence," a selection of Dances with Films; and the supernatural comedy "Betty on the Bed." His web series SEND ME, about time-traveling Black people, premiered on BET.com and garnered a 2016 Emmy Nomination for series lead Tracie Thoms. Harper's television work includes acting as supervising producer on the CW drama "Stargirl," and writing for God Friended Me (CBS), ABC’s American Crime and the USA Network’s Covert Affairs. Awards include an Award of Excellence Special Mention at the IndieFEST Film Festival, Best Web Series award at the Bloodstained Film Festival, Best Sci-Fi Short and Best Actor at the Genre Celebration Festival, a playwright residency at Freedom Train Productions, the Artistic Achievement Award from the Afro-American Cultural Center at Yale, the Millennium Telly Award, the Le Compte du Nouy prize at Juilliard, a MacDowell National Endowment for the Arts Fellowship, and two Yaddo fellowships. Harper is a graduate of Yale, The A.R.T. Institute for Advanced Theatre Training at Harvard, and the playwriting program at Juilliard. 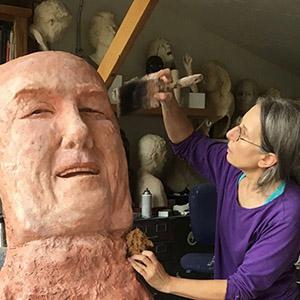 Beckie Kravetz, professional mask-maker and sculptor, trained at the Yale School of Drama, as well as in Spain, Italy, Guatemala, and Mexico. She was resident mask-maker, assistant wig master and principal make-up artist for the Los Angeles Opera for more than 20 years. Her masks have been worn by Placido Domingo, and appeared on stage at New York’s Lincoln Center, on film in Disney Studio’s The Haunted Mansion, and in commercials featuring Madonna. Her work explores the point of transformation between actor and character as well as three-dimensional tableaus. Recent exhibitions at galleries in New York, the Berkshires, and Santa Fe include contemporary figurative sculpture in bronze, ceramic and mixed media. Her work is on permanent display at El Museo de Títeres in Cádiz, Spain, where she studied wood sculpture, ritual masks, and puppets as a 2001 Fulbright Fellow. 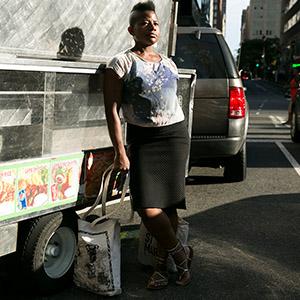 Obie Award-winner Jennifer Kidwell's performer-driven theater work addresses the complexities of race and notions of American history with sharp intelligence and wry humor. She premiered and performed in Underground Railroad Game, lauded by The Philadelphia Inquirer as a "brilliant theatrical commentary on contemporary race relations." A graduate of Pig Iron Theatre Company's School for Advanced Performance Training, Kidwell created and appeared in the company's I Promised Myself to Live Faster. She performed with David Neumann/advanced beginner group in the Bessie Award winning I Understand Everything Better and in the Wilma Theater's production of Antigone. She is co-artistic director of the theater company Lightning Rod Special and co-founder of the Brooklyn-based performance space JACK. Kidwell holds a B.A. in English and Comparative Literature from Columbia University. 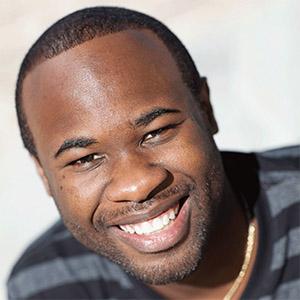 The Actor as Authority: an amalgam of discussions on the actor's method and practical explorations of monologue and group scene work. The objective of the workshop will be to empower and challenge actors to own the responsibility of harvesting their intellectual, physical and emotional histories — their essential gardens — as primary sources in realizing powerfully personal performances.

Akeem Davis is a six‐time Barrymore Award nominated actor and the recipient of the 2015 F. Otto Haas Award for Emerging Artist. His roles at Philadelphia's Arden Theater include Tiny Beautiful Things (a stage version of Cheryl Strayed‘s bestselling book), Isben’s A Doll’s House and August Wilson’s Gem of the Ocean. When a scheduled Arden role in A Streetcar Named Desire was postponed due to the pandemic, Davis pivoted to appear in Lantern Theater’s virtual play reading of Shakespeare’s Two Gentlemen of Verona. He has also performed at People’s Light and Theater, Theatre Horizon, InterAct Theatre, and Theatre Exile. Akeem, who is from Miami, is a graduate of Florida State University. 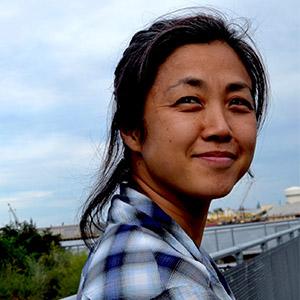 Lecturer in Theater and Resident Designer Maiko Matushima designs sets and costumes for theater, dance, opera, film, and more. A proud immigrant from Japan, her work incorporates international perspectives and challenges traditional notions of the American aesthetic. She was "the true improvisational engine" for Pig Iron Theater Company's virtual production of Toshiki Okada's Zero Cost House where she designed with "miniatures, textures, puppets and almost-puppets," and she collaborated with Headlong Dance Theater on The Quiet Circus, a public-engagement performance residency at the Washington Avenue pier. Her designs for The Wilma Theater include costumes for Cherokee, My Wonderful Day, The Understudy, and BalletX's Proliferation of the Imagination. Her work in New York includes productions at Playwrights Horizons, Ohio Theatre, Classic Stage Company, and 59E59, and she was associate costume designer for Broadway’s Tony®-winning musical Spring Awakening and for the international production of Wicked in Japan. Matsushima received an M.F.A. in Design at NYU's Tisch School of the Arts.

*This workshop was available only to students enrolled in ARTT 253 or 353 Performance Ensemble courses. 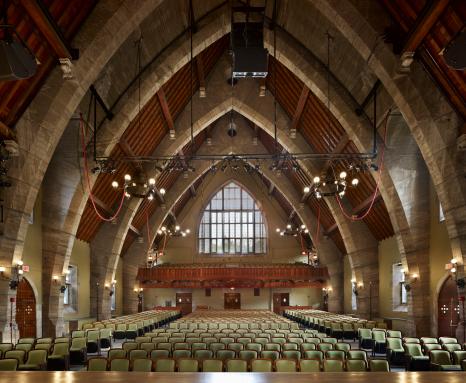