The Porch: An After Session on the Resonance of Fred Moten

Free and open to the public.

The Porch: An After Session on the Resonance of Fred Moten is a one-night-only live virtual conversation conceived and curated by Performing Arts Series Coordinator Sarah Bishop-Stone and Assistant Professor of Dance Lela Aisha Jones. The discussion will be moderated by Assistant Professor of Visual Studies at Haverford College Christina Knight. Panelists include Artistic Director and CEO of BlackStar Projects Maori Karmael Holmes, the inaugural Evelyn and Will Kaplan Curator of Twentieth Century Art and the John Rhoden Collection at the Pennsylvania Academy of Fine Arts Brittany Webb, and performance trio The Hawtplates.

Bishop-Stone notes, “As an educator, poet, critic, and scholar, Fred Moten has been muse and mentor to a generation of Black American creators and makers. In this reflection, which closes Moten's offerings as this year's Bryn Mawr College Mary Flexner Lecturer, we will hear from artists and curators from Philadelphia and beyond who have taken Moten’s work into their own practice. They will share selections from their own works—music, performance, poetry and more—and engage in a conversation with each other around Moten’s critical influences.” 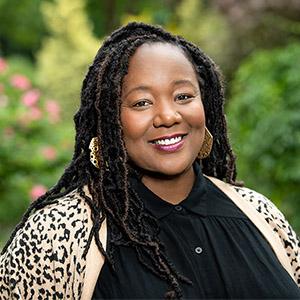 Maori Karmael Holmes is a curator, filmmaker and writer. She founded BlackStar in 2012 and serves as its artistic director and CEO. She has organized programs in film at a myriad of organizations including Anthology Film Archives, Museum of Contemporary Art (Los Angeles), The Underground Museum, and the Whitney Museum of American Art. As a filmmaker, her works have screened internationally. Her writing has recently appeared in The Believer; Pleasure Activism: The Politics of Feeling Good; and How We Fight White Supremacy: A Field Guide to Black Resistance. Holmes received her M.F.A. in film and media arts from Temple University and her B.A. in history from American University. She currently serves on the board of American Documentary (POV), and the advisory boards of Ulises, Vidiots, and Lightbox Film Center. Holmes is a 2019 Soros Equality Fellow and serves as Mediamaker-in-Residence at the Annenberg School for Communication at the University of Pennsylvania, Curator-at-Large at the Annenberg Center for the Performing Arts, and a Creative Executive with Blackbird. 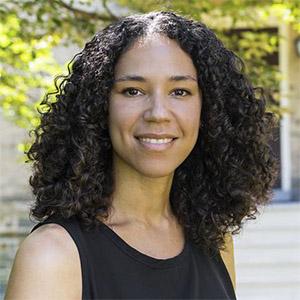 Christina Knight is an assistant professor of visual studies at Haverford College as well as the director of the Visual Studies Program. Before joining the Haverford faculty, she was a Consortium for Faculty Diversity Postdoctoral Fellow at Bowdoin College as well as a Ford Foundation Diversity Fellow. Knight’s work examines the connection between embodied practices and identity, the relationship between race and the visual field, and the queer imaginary. She is currently completing a book manuscript that focuses on representations of the Middle Passage in contemporary American visual art and performance. Additionally, Knight is working on a new project that examines the influences of drag culture on contemporary Black art. 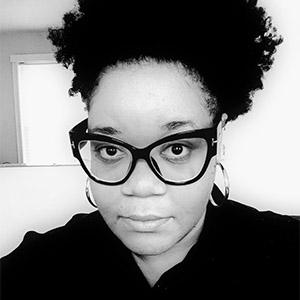 Brittany Webb is the Curator of the John Rhoden Collection at PAFA. In this role, she stewards the collection of 300 works of art by 20th-century African American sculptor John Rhoden and is charged with curating a retrospective exhibition of Rhoden’s works, publishing the accompanying catalog, and distributing the bulk of the sculptures to museums across the country. Webb came to PAFA from the African American Museum in Philadelphia. She holds a Ph.D. in anthropology from Temple University and a B.A. in political science from the University of Southern California. 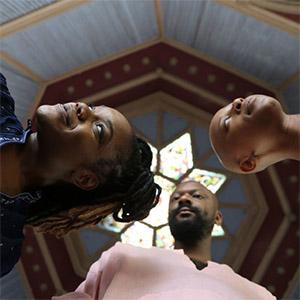 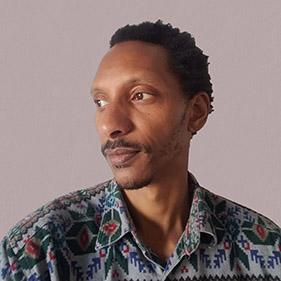 The HawtPlates (Justin Hicks, Kenita Miller-Hicks, Jade Hicks), with visual collaborator Breck Omar Brunson, are more a performance trio than a band. The trio makes conceptual live vocal works by breaking down folk and vernacular musical forms and reconstituting them into other modes of performance. There is a sense that their music is specific to them as a family, and that it can only be made by them. While they maintain that it is “soul music” to that which they are true, they employ highly improvisational means, as well as their own sagacious formulas, to concoct curatives to the symptoms and traumas of being working-class citizens in the modern world. By amassing a pantry of sights, ideals, persons, and places, they produce potent tonics and “one pots” hearkening the spirit of the family heirloom recipe.

Together and individually, The HawtPlates have served as muses of sorts to various artists such as Meshell Ndegeocello, Abigail DeVille, Kaneza Schaal, Charlotte Brathwaite, and have collaborated with the likes of Ahrens and Flaherty, Helga Davis, Cauleen Smith, Steffani Jemison, Reggie "Regg Roc" Gray and The D.R.E.A.M. Ring, Lynn Nottage, Queen Esther and The Harlem Gospel Singers, National Black Theater, The Guthrie Theater, The Public Theater, Performance Space New York, Bruce Weber, and The Park Avenue Armory, to name a few.

Learn more about Fred Moten and the Mary Flexner Lectureship.

For institutional information, please contact the Office for the Arts at reservations@brynmawr.edu or 610-526-5300, or visit www.brynmawr.edu/arts.