Assistant Professor of Literatures in English 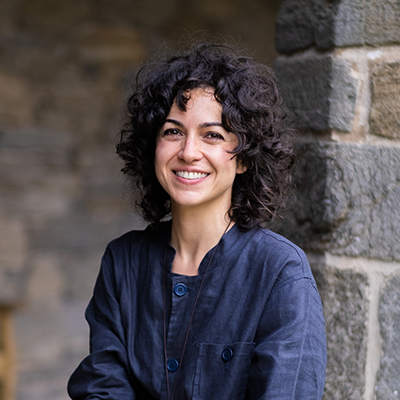 Pardis Dabashi is Assistant Professor of Literatures in English and Film Studies at Bryn Mawr College. She teaches classes on twentieth-century literature, film, and theory, and her research examines the intersection of form, politics, and affect in narrative film and literary modernism. Dabashi is especially interested in how aesthetic and rhetorical form index or trouble stances of political, normative, and epistemic certainty, which she explores by examining structures of feeling such as ambivalence and doubt. Her work has appeared or is forthcoming in PMLA, Modernism/modernity, Textual Practice, MFS: Modern Fiction Studies, Film Quarterly, Early Popular Visual Culture, Arizona Quarterly, Public Books, The Chronicle of Higher Education and elsewhere. She is co-editor of The New William Faulkner Studies (Cambridge University Press, 2022) and she is co-editor of the "Visualities" forum on Modernism/modernity Print Plus. Her first book, Losing the Plot: Film and Feeling in the Modern Novel is under contract with the University of Chicago Press. It studies plot, ambivalence, and normativity in the classical Hollywood cinema and the modernist novel.