What do classical music, teenie bop, soul, battle rap, and jazz have in common? Philadelphia. This team-taught interdisciplinary course investigates the histories, structures and cultural connections between popular music and other media in the city of Philadelphia. What links sound, image, and place? How do musical expressions and genres interact with urban life at specific junctures in Philadelphia history? How do modes of production and exhibition formats (radio vs. television, club v.s stadium) along with distribution venues (record store vs. Spotify) engage with genre, gender, and race configurations? What lies at the intersection of regional, national, and global fan cultures? How does celebrity culture then and now impact what is popular and how does it affect Philadelphia’s music industry and vice versa? Providing a grounding in music and media history and theory, we will research and analyze mainstream and independent Philadelphia-specific case studies in radio, film, theater, television and social media in order to better understand and engage with the complex webs that characterize contemporary media, its production, and its consumption. Student projects will explore the intersections and interactions between individuals, ethnic and racial groups, established and new Philadelphians, city government, region, empire, and nation that have and continue to shape Philadelphia through the music and media created here. This course will be taught in Philadelphia as the core class of the Tri-Co Philly Program.

Contemporary Art and Film in Philadelphia (HART B380)

This course will explore the vibrant contemporary art world of the city of Philadelphia—a city uniquely positioned to attract artists with its many top-tier fine art schools, world-class museums, affordable living and studio spaces, and thriving network of artist-run galleries and exhibition spaces. Some of our sessions will take the form of seminar discussions with readings in the theory and history of contemporary art and film at the Trico Philly campus, while some will involve visits to local museums, galleries, cinemas, and art institutes, and meetings with arts professionals. We will discuss whether the distinction between film and other forms of lensed, moving imagery on the one hand and contemporary art on the other continues to matter, whether from a conceptual, institutional, or economic perspective. Site visits are subject to change but may include the Philadelphia Academy of Fines Arts, the Institute of Contemporary Art, the Fabric Workshop and Museum, Vox Populi, and BlackStar Film Festival. Prerequisite: prior coursework in the History of Art, Film Studies, and/or Visual Studies. Requirements: strong, active participation in discussions and meetings with guests, final research paper of 8-10 pages. This course will be taught in Philadelphia as part of the Tri-Co Philly Program.

A Sociological Journey to Immigrant Communities in Philadelphia (SOCL B232)
Veronica Montes, BMC
Monday 12:10–3 p.m. and Friday 12:15-3 p.m.*
*Friday is an occasional meeting time for program students only.

This course will use the lenses of sociology to critically and comparatively examine various immigrant communities that historically, economically, politically, and socially have shaped the city of Philadelphia. Specifically, this course seeks to interrogate, what push factors make immigrants to leave their homelands, what pull factors make Philadelphia becoming the chosen new residence for these immigrants, how these factors have changed across time and along race/ethnicity/gender lines of the different migrant communities that have settled in Philadelphia. To achieve these ends, this course sheds light on how immigrant communities have shaped the city at different points in time and how the Philadelphia metropolitan region has shaped immigrants’ lives. Finally, the course also familiarizes students with Philadelphia’s history and with its socioeconomic and political transformations, and how old and new Philadelphians have faced those changes. This course will be taught in Philadelphia as part of the Tri-Co Philly Program.

We live in an age of intensifying economic inequality, the consequences of which are reflected in the landscapes of many modern cities. In Philadelphia, for example, decades of deindustrialization and urban flight have left the city pockmarked with abandoned lots, deep poverty, and segregated neighborhoods while new capitalist developments have led to concentrated wealth in the city center and gentrifying outward pressures on nearby neighborhoods. For many city dwellers, the mainstream economy is a source of alienation and disempowerment. When that economy fails to provide, what options remain?

The aim of the course would be to examine the political and economic constraints generated by poverty and racial and class segregation in contemporary urban environments and how grassroots economic initiatives rooted in mutual aid often fill the gaps and provide alternative ways to meet needs and generate supportive community. Examples of such initiatives range from guerrilla gardens and artist collectives to worker cooperatives and informal revolving loan funds. Many of these initiatives are informal. Some are legal, others less so. Many also fall under the radar of mainstream studies, which instead focus on capitalist markets, government welfare, and nonprofit philanthropy. Though many grassroots economic initiatives take place on a relatively small scale, they have a much larger footprint and impact when they are looked at together. The course will engage with them both theoretically and with numerous concrete examples and interactive experiences with practitioners. We will also examine various efforts in different cities to cultivate solidarity-based economic alternatives through public-private partnerships and grassroots coalitions. Case studies will be drawn from a variety of countries, though the focus will be on U.S. cities, with a particular emphasis on Philadelphia. This course will be taught in Philadelphia as part of the Tri-Co Philly Program.

This course, offered as part of the Tri-Co Philly Program, examines power and politics in contemporary Philadelphia. We will devote particular attention to the potential and limitations of grassroots mobilization as a mechanism for effecting positive change. To what extent can community-based organizations and public interest groups alter long-standing policies, practices, and institutions in a large, American city like Philadelphia? To what extent are their efforts impeded by well-established interests and structural forces rooted in race, ethnicity, class, and culture? How have recent societal shifts affected underlying tensions between Old Philadelphia and New Philadelphia?

We will explore who wins and who loses in the political arena through a series of case studies of key policy issues that are highly salient to the people of Philadelphia, including criminal justice reform, immigrants’ rights, gentrification and affordable housing, urban development, and workforce diversity. How these policy issues are resolved will reveal much about the nature of power and whether the source of that power springs from the bottom-up or remains primarily a top-down phenomenon. This discussion-based seminar will feature guest speakers, site visits, and an opportunity to conduct your own research on power and politics in Philadelphia. 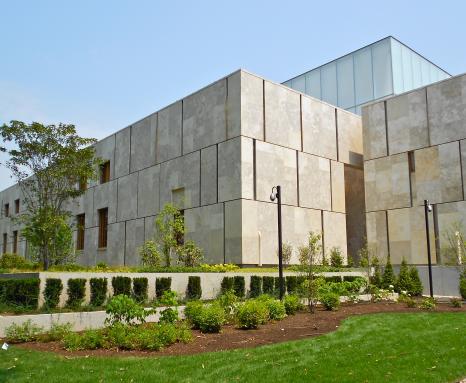