The Curtis Institute Trio will perform in a very open rehearsal, presenting selections from Pergolesi, Poulenc and more. The musicians will appear live via Zoom to talk through the choices and variations they bring to each piece, and answer questions from the audience. 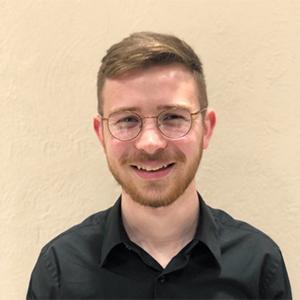 Alan Douglas Tolbert of Shippensburg, Pa., has established himself as one of the most accomplished young brass players in the U.S. Alan currently studies at the Curtis Institute of Music in Philadelphia, Pa., under the tutelage of David Bilger. In May 2020, Alan received his bachelor’s degree in trumpet performance from the Boyer College of Music and Dance at Temple University in Philadelphia, Pa.. He recently won the position of second trumpet with the York Symphony Orchestra in York, Pa. Along with Alan’s position in the York Symphony, his orchestral career includes substitute trumpet positions with the Richmond Symphony Orchestra, as well as the New World Symphony Orchestra and Symphony in C. You can often find Alan enjoying espresso with friends in Rittenhouse Square in downtown Philadelphia. 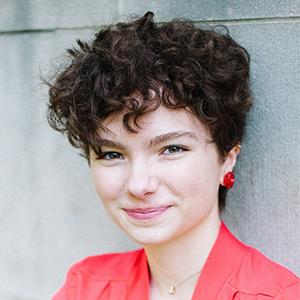 Hornist Martina Smith is currently a student at the Curtis Institute of Music, studying under Jeffrey Lang and Jennifer Montone. Martina also studied with Jeffrey Lang at Temple University where she received her bachelor of music in horn performance. Martina is a freelancer in the Philadelphia area playing with various chamber groups and orchestras. She has played with Symphony in C and was a substitute player in the Curtis Symphony Orchestra while still a student at Temple University. Martina has worked and taught at the Philadelphia International Music Festival as the assistant orchestra director, chamber coach, and private practice coach. She has also attended other summer festivals such as the Atlantic Brass Quintet Seminar, Imani Woodwind Quintet Music Festival, Curtis Summerfest, and the Boston University Tanglewood Institute’s Horn Workshop. While in high school she was the principal horn of the All-City Philadelphia Orchestra’s Italy tour. Upcoming: the AIMS festival in Graz, Austria, postponed to summer 2022. Martina teaches privately in the Philadelphia area. 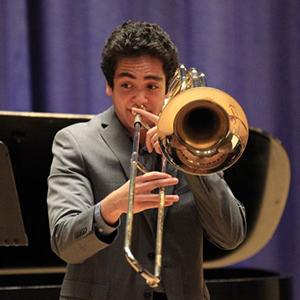 David Schonberger, from El Paso, Texas, entered the Curtis Institute of Music in 2018 and studies bass trombone with Blair Bollinger. David is the Susan and Frank Mechura Annual Fellow at Curtis. He has appeared as a soloist with the El Paso Symphony Youth Orchestra and the Interlochen Arts Academy Orchestra. He has been featured on Interlochen Public Radio and was awarded the Interlochen Young Artist Award. He has performed as a member of the National Youth Orchestra of the U.S. David began playing the trombone at age 11 and previously studied with John Feeny and Thomas Riccobono. In his spare time, he enjoys biking and hiking.

The Coleman Sisters Learning to Listen Series was established in memory of Elizabeth Coleman Mooney ’48 and in honor of Susan Norton Coleman ’45, who wanted future generations of students to derive the same great pleasure from music that they did. The Series features virtuosic musicians in a salon-like atmosphere with informative conversation.

The Coleman Sisters' Learning to Listen Series was established in memory of Elizabeth Coleman Mooney ’48 and in honor of Susan Norton Coleman ’45, who wanted future generations of students to derive the same great pleasure from music as they did. The Series features virtuosic musicians in a salon-like atmosphere with tasty refreshments and informative conversation. Learning to Listen events on the Bryn Mawr campus are free and open to the public.