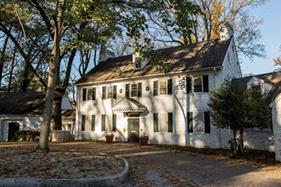 Batten House: Constructed in 1935 by G. Edwin Brumbaugh, the original owner was Harry A. Batten. Alterations and window replacements were made in 1990 with Michael Pardee Erdman. First Floor Interior Renovations in 2018 design by Buell Kratzer Powell.   Address: 330 N. Roberts Rd. 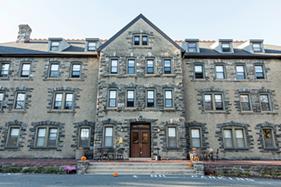 Brecon Hall: Constructed in 1905 (architect unknown), this dorm is named for the Welsh county where the original Bryn Mawr is located. Address: 320 N. Roberts Rd. 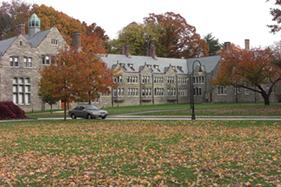 Denbigh Hall: Constructed in 1889-91 by Cope & Stewardson, this was the third dorm built for the College. In 1902, it suffered a major fire, and was rebuilt by the same firm and builder. Address: 800 New Gulph Rd. 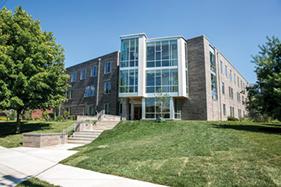 New Dorm and Enid Cook '31 Center: Constructed first in 1969 then New Dorm addition in 2015 by Atkin Olshin Schade Architects, the Enid Cook Center honors the former Perry House, and houses the members of Sisterhood, BACaSO, Mujeres and Zimi, as well as students who share a cultural background or personally identify with the ideals of the members of these groups. Address: 815 Yarrow St. 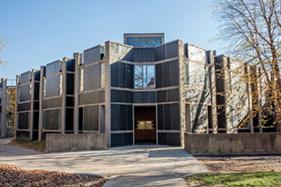 Eleanor Donnelly Erdman Hall: Named for a College trustee, this dorm and dining hall was designed in 1960-65 by architect Louis I. Kahn. Address: 150 Morris Ave. 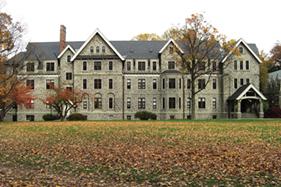 Merion Hall: This is the oldest dorm for the College. It was constructed in 1879-1885 by Addison Hutton. Merion Green serves as the venue for Reunion, May Day, and Commencement Address: 804 New Gulph Rd. 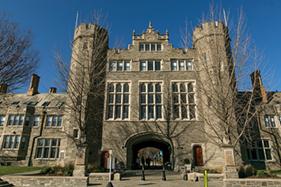 Pembroke Hall, East and West: Constructed in 1892-94 by Cope & Stewardson, these dorms were renovated in 1982. Many rooms in both wings still contain the original fireplaces and window seats. Address: 218-220 N. Merion Ave. 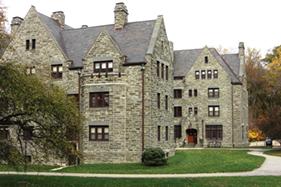 Radnor Hall: This was the first Cope & Stewardson dormitory; one of the first commissions of the firm, it marks the moment when the office became campus architects. This era would continue for nearly 20 years. Address: 820 New Gulph Rd. 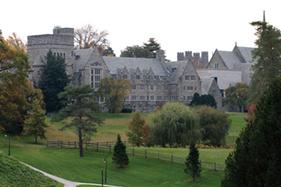 Rhoads Hall, North and South: Named after James E. Rhoads, the first president of the College, and constructed in 1937-38 by Thomas & Martin, Rhoads was the last academic gothic dorm built. It was renovated in 1998-99. Address: 210 N. Merion Ave. 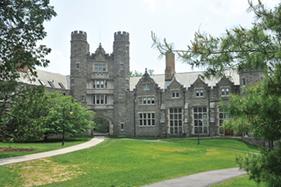 If You Need Assistance